Mayaanadhi directed by Ashiq Abu joins a list of Malayalam films that much to my delight is only growing, and that I would recommend to friends for a laid-back evening.

Mayaanadhi directed by Ashiq Abu joins a list of Malayalam films that much to my delight is only growing, and that I would recommend to friends for a laid-back evening. It is an unhurried exploration, a meandering film that leaves you with more questions than answers and that’s okay, really. 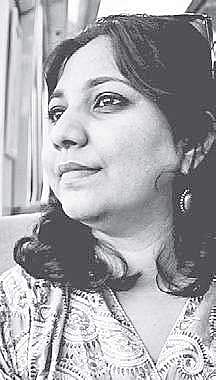 Because who has answers to life’s many questions? The lead Mathan (Tovino Thomas) is busy amassing the latest and trendiest of watches, accessories, clothes and what not, working for the underworld and as an admissions broker, in Madurai, but when his woman, Appu (Aishwarya Lekshmi), towards the later part of the film tells him sex is not some kind of guarantee that she will marry him for, he asks her why she sounds like a prostitute.

Which is a line, we learn, her mother has also called her after coming home and seeing her with Mathan. This doesn’t break Appu. She doesn’t do anything dramatic after this. What she does do is, pursue her career with even more gusto.

The world of Mayaanadhi is populated by many people and each person seems to enter it from a place of assurance. Appu, for instance, no longer wants to be a ‘struggling actress’ emceeing at wedding receptions. There’s a cop who’s convinced that Mathan’s big mistake in life is that he trusts a woman, Appu. Harish Uthaman plays another stiff cop, and when you least expect it, talks feminism unflinchingly to this other cop. He tells him off about circumstances and to not generalise his personal experience.

Appu’s ambition is definitely something to root for. Her audition scenes are uplifting. How ridiculously lovely is to watch women on screen worry about jobs? Particularly in the film industry? Leona Lishoy as Sameera, another actress worried about her navel being shown for half a second, invites laughter at first. But later, when that split second is looped in slo-mo by keyboard warriors on the Internet, her ikka (brother) lands up and throws a fierce slap across her face. Forcing her to retreat from this world of glamour. Her parting wisdom about trolls and Internet and reviews are all about things missing from our cinema today. Things actors confront every day.

Sameera’s friend, Darshana, who is a shrink, and who we later learn is treating Sameera, in one delightful scene uses a screwdriver to push a cork into a bottle of wine because the house doesn’t have a corkscrew. (Her rendition of Bawra Mann has of course gone viral now and you’ve probably already seen it on Facebook).

These little moments don’t add up to anything, as you would expect them. They are all suspended in front of our eyes. Just slices off of Appu and Mathan’s world. And then… it’s all over. I would have watched more of the women, in fact. What do the conversations between Appu and her mother sound like? Why did her doctor mother quit practising? What does she think of her daughter’s cinema ambitions? What happens to Sameera?
Like I said, the questions
linger.

(The writer is a city-based journalist and editor)