Shooting on the snow-covered peaks of the Alps in Austria. Well, that sounds like a dream, no? For heroine Sayyeesha, who recently shot there for Vijay Sethupathi’s Junga, it was anything but.

Shooting on the snow-covered peaks of the Alps in Austria. Well, that sounds like a dream, no? For heroine Sayyeesha, who recently shot there for Vijay Sethupathi’s Junga, it was anything but. She recalls the trying conditions and how traumatic the whole experience was. The shooting was for a song with Sethupathi, and the temperature was near minus 15 degrees. Icy winds were biting her skin, and while Sethupathi was well-covered to battle the cold, the heroine had to wear different gowns on all four days of the shooting… and more importantly, was without winter clothing. 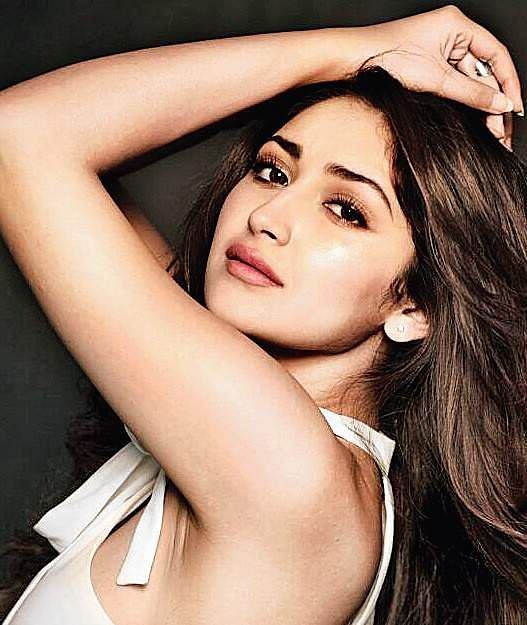 “As it is, I struggle to cope with cold weather. Even during the cold rainy days in Mumbai, I usually switch off the fan and sit wrapped in a bedsheet,” she says. “So, you can imagine. The alps shoot without adequate winter wear was unbearable. My mother was constantly giving me warm soup and carried hot water too. But the winds were so icy that the warm soup and hot water would turn cold instantly when exposed.”

At one point, the situation was so bad that she tried to cover herself in shrink wrap. “As the wrap is transparent, I figured it wouldn’t be visible on the camera, and wouldn’t hinder the gown that had a slit near the leg. But as I was constantly moving, the wrap wouldn’t stick and I had to remove it.”

Sayyeesha apparently put up with the conditions for three whole days, and on the fourth day, things took a turn for the worse. While in the middle of the shoot, Sayyeesha suddenly collapsed on the snow. “I had passed out due to the unbearable cold. My mom told me later that my lips, hands and toes had turned blue. Everyone was shocked and rushed me to a car and turned the heater up,” she says. “Slowly, my body warmed up, and consciousness returned.”

She says though that she continued shivering for more than an hour to the dismay of the unit. Director Gokul apparently considered cancelling the shoot. “But I felt I shouldn’t let that happen. After all, we had come all the way to a remote place in a foreign location. So, I completed the shoot,” she says, giving herself a pat on the back. “Later, when I saw the song on the monitor, I could see how beautiful everything looked. All the suffering seemed worth it.”