I am big fan of James Cameron’s films. I’ve watched Terminator 2 and Titanic countless number of times and to this day, they still make me feel euphoric.

Why filmmaking?
I am big fan of James Cameron’s films. I’ve watched Terminator 2 and Titanic countless number of times and to this day, they still make me feel euphoric. That effect of films has inspired me to try my hand at filmmaking.

What do you admire about director Hari?
The pace at which he works. Trust me when I say this: His working style is so fast that even his films cannot catch up with him. 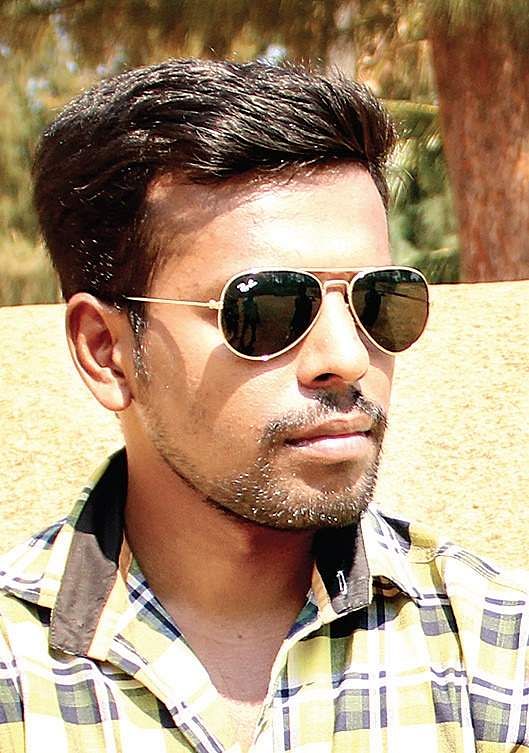 What have you learnt from him?
Editing. I learnt how to edit to the beat. Although I was already familiar with editing, I truly explored and got to know an entirely different perspective of the process under Hari.

What’s one area of filmmaking that you had a tough time with but are better at now?
Crowd management. But thanks to working with director Hari, I am now better at it.

Have you ever been star stuck ?
Yes, I was, when I met Suriya during the filming of Si3. He taught me how to present oneself with confidence and how the first impression this confidence creates can make a lot of difference.

Which is the best film you’ve worked on so far?
Undoubtedly Si3. I learnt so much at such a breathtaking pace that looking back, it all almost feels like a dream.

What’s the oddest thing you have done as an AD?
For Poojai’s filming, we rented a factory for four days. We completed two days of shoot and had already paid them. But when we went back to continue filming on the third day, they created a ruckus and refused to allow us to shoot. The producer, Vishal, told us that we can erect a similar set and continue the shoot. But the director sat outside the factory demanding justice. He was not ready to give in, and seeing this, the producer also joined him. The factory finally gave us permission to shoot, but only for one day, till 2 am. We shot whatever had planned to shoot in two days within that day and wrapped up by midnight, two hours ahead of the stipulated deadline.

What are your future scripts and projects?
I have penned two scripts, an edge-of-the-seat thriller and a medical crime thriller.

Who’s the dream cast of your debut film?
I have always wanted Suriya and Vijay, but I feel Jayam Ravi and Jeeva would do justice to my scripts.

Debut films are often the result of compromises. What’s one area you will never compromise on?
I don’t mind compromising on the cast and the number of days allotted for shooting. If there are valid concerns that certain scenes are unnecessary, I’d be willing to change that also. But any compromises beyond this, I will not accept.

What do you think you can bring to Tamil cinema?
I would adopt a system where a venture is first introduced as a web series and then the sequel to the series is made into a film. This way we get to familiarise the audience with the story, and it’ll also help us in deciding various details about the film such as the cast, budget, number of screens in which to release it, etc.

If filmmaking doesn’t work out, what then?
I would move to making advertisements and corporate videos. It could prove to be a challenging medium, and I don’t think I’ll mind it too much.