What do you like about Venkat Prabhu?
His approach to problem-solving. He tackles everything with a cool head and focusses on the rational approach to overcoming hurdles rather than letting emotions get the better of him.

What is the one thing that you’ve learnt from him?
I’ve learnt how to get a grasp of the audience’s pulse. He has mastered this and it is apparent from his style. There is remarkable balance in his films. 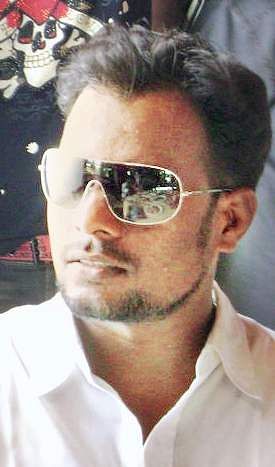 What’s one area of filmmaking that you had a tough time with but are better at now?
Writing a screenplay. Initially, I had a lot of problems when faced with the practical nuances of it, but now, I’m able to think through it clearly and zero in on a solution.

What would you like to change about Tamil cinema?
So many things. But the issue which needs to be immediately addressed is the ongoing strike against Virtual Projection Fee. It is totally unfair that some middlemen are trying to take advantage by charging this fee beyond the agreed upon time-period. The fee is also quite exorbitant and takes a huge chunk out of potential earnings. Hope we can find a solution soon.

Who’s a director you wish you could work with, and why?
Mani Ratnam, because he is a director any aspiring filmmaker would want to work with.
Also, Bharathirajaa. He saw my diploma film, Karukku, and thanks to that, I got an opportunity to work with him. But unfortunately, due to many unavoidable reasons, I wasn’t able to. To this day, I regret this.

What’s the oddest thing you have seen or done as an AD?
It’s not exactly odd, but we have this practice of playing cricket during breaks. The director himself joins us, and there were times when we’ve had friendly fights as to who should bat, calls to revoke the umpire’s decision, etc. It would be like a match between friends who are in their teens. I guess, in a way, Chennai 600028 came straight from his heart.

What are your future scripts and projects?
I have penned a script that deals with an unexplored issue, but I don’t want to reveal more at this time.

Who’s the dream cast of your debut film?
Prabhudheva. My story needs someone energetic, who is in his late thirties, and I think he would be able to do complete justice to the role.

If filmmaking doesn’t work out, what then?
In my opinion, the moment we start planning out alternatives, we slow down the momentum at which we work towards our goals, and complacency sets in. So, I have no back-up plans.