I could have easily made two films about Savitri: 'Mahanati' director Nag Ashwin

...says director Nag Ashwin, who talks at length about this week’s release, Nadigaiyar Thilagam/Mahanati, and the challenges behind its making.

Director Nag Ashwin first felt a calling for cinema as early as when he was in college. “I studied journalism, and was asked to make a video during my final year. The response I got was quite encouraging, and was the starting point of my journey in cinema.” His directorial career, however, was a slow starter, and he attributes that mainly to ‘pitching the wrong film to the wrong person’. “I would pitch sci-fi films to traditional producers, for instance. Finally, it clicked with the 2015 Telugu film, Yevade Subramaniam.”

And now, for his second film, he’s landed a biggie in Nadigaiyar Thilagam/Mahanati, a biopic of actor Savitri. “I wanted to make this bilingual if only so our generation can learn and be appreciative of the phenomenon that was Savitri.” The film will reportedly cover the various stages of Savitri’s life from childhood to old age. Naturally, there were plenty of challenges. “We had lots of casting issues. We needed people who needed to look and talk a certain way. Through many rounds of audition, we found a lot of new actors.” 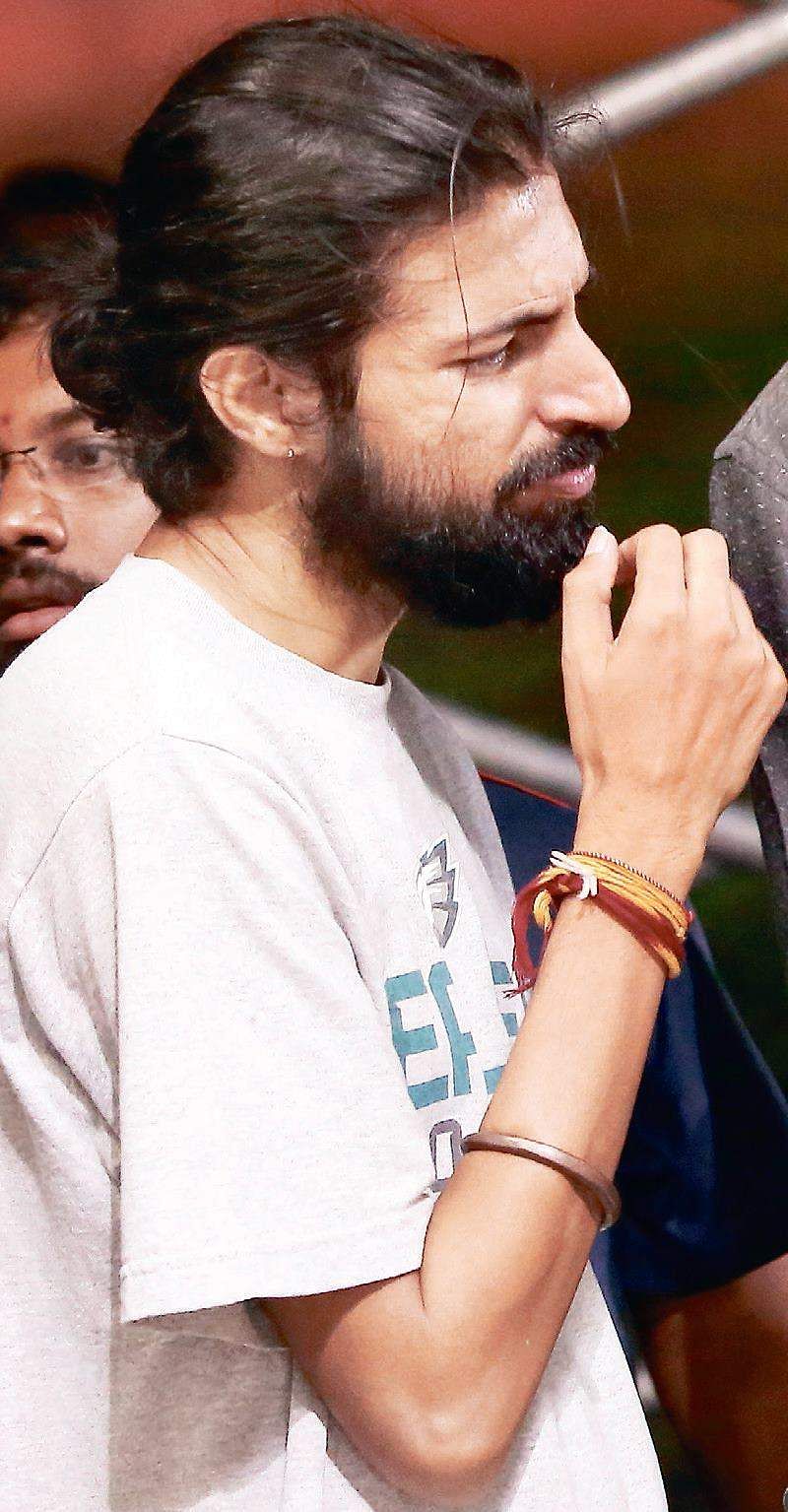 Ashwin is the sort to improvise a lot on the sets. In fact, his writing continued well after the shooting of the film began. “Even yesterday, I was writing a new line (laughs).”The film also marks the Tamil debut of Vijay Deverakonda. “I learned a lot from director Sekhar Kammula who drilled in me the importance of street casting. As a director, you need to bring in someone who can pour their soul into the script. After Pelli Choopulu and Arjun Reddy, Vijay has become a big star, but I have known him well even before these films kicked off.”

He admits to some nervousness over casting Keerthy as Savitri. “You see better, more talented actors, and the practice they undergo. With Keerthy, I didn’t even know if she understood a scene after my narrating it to her, but the moment you call action, she transforms. I guarantee you will see her in completely different light after this film.”

Dulquer, who plays Gemini Ganesan in the film, was a far easier choice in comparison. “He does films unselfishly. The only other person I know who has a similar love for cinema is Rana Daggubati,” Ashwin says. “Dulquer is juggling so many projects at once, and yet, he didn’t once opt for a fake moustache for his role. It shows his commitment to the character.”

It wasn’t easy at all for Ashwin to make a two-hour-something film about the momentous life of an actor. “When you cover the life of someone like Savitri, who has touched the lives of so many people, you have to realise how huge the material is. I could easily have made two films with it. It could even have been a 7-part web series that could have dealt with different phases of her life, including Mayabazar,” he says. “We decided where to begin and end the film, and what is in between needed to have the same ethos. Thankfully, I think I am now at a point where I have the judgement to be brutal about my work. So I wasn’t tempted to cram in everything.”

Research for the project took the team at least half a year. “We categorised all the research into various decades with each comprising references from films, stock footage... We had hard disks of 1 TB each with painstaking details of costumes, locations, properties, advertisements etc. Savitri had done 300+ films across languages and I have seen at least 50-60. My ADs, costume and design assistants were tireless.”

Typically, biopics, like Mary Kom and MS Dhoni, end on a high, but Nadigaiyar Thilagam/Mahanati is different, he assures. “The only film that comes close to ours would be Iruvar, both in the way it traversed time periods and the way it talked about films in its narrative structure.” Is this film then as much a commentary about the cinema of that time, as it is about Savitri’s life?

“I won’t call it commentary. There are a lot of historical markers. Savitri’s first part was in Pathala Bhairavi, which was a small role for her but a big break for NTR and Ranga Rao. There is also a scene where people are collecting donations for Indo-China war. In hindsight, I wish I could have done more with the film, but I do feel contentment about what we have done. I hope we have made a film that Savitri garu would be appreciative of.”

Now we are on Telegram too. Follow us for updates
TAGS
Savitri Nag Ashwin Keerthy Nadigaiyar Thilagam