Chekka Chivantha Vaanam: Bringing the style back to gangster films

The FDFS of the film saw a gargantuan opening hitherto unheard of for any of Mani Ratnam’s films. 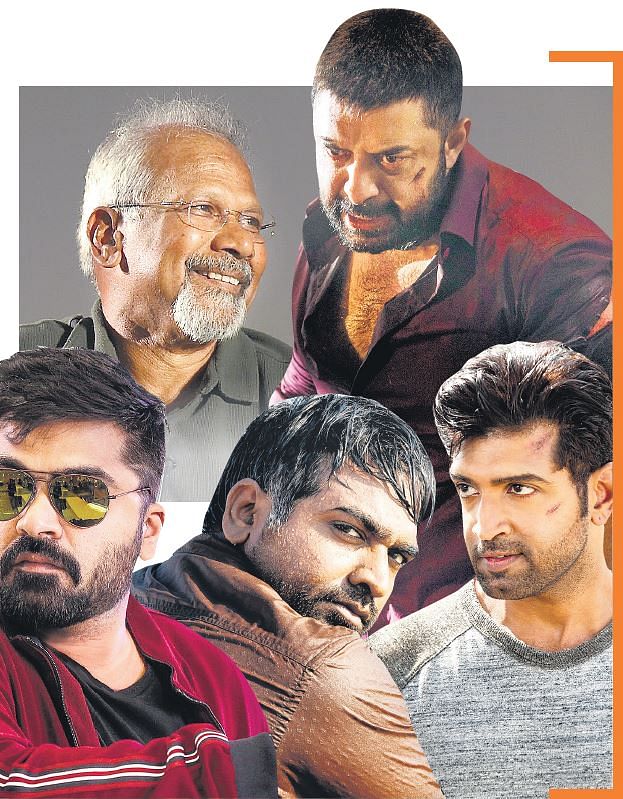 It’s that time of the year when heroes play villains because Mani Ratnam has made it cool to do so! The thumping response to Chekka Chivantha Vaanam is testimony to not just Mani Ratnam’s ability to bring out new dimensions to stars; it’s also a big win for experimental screen writing.

The word ‘experiment’ is usually a bad word in mainstream cinema, and yet, the trendsetting films we have come to love are those in which content has reigned supreme.

CCV owes its cutting edge pace to the fact that the writing eschews what need not be said and directly goes into the pivotal point in a scene.

The FDFS of the film saw a gargantuan opening hitherto unheard of for any of Mani Ratnam’s films. “It’s the combination of four heroes with the director,” said some. “It’s the curiosity to see Simbu and Vijay Sethupathi together,” said more. Now, after the proverbial three-day test, CCV has emerged as a legitimate super-hit across centres, and more reasons are being added. It is indeed a triumphant time for the master filmmaker that Mani Ratnam is. His filmmaking style is also something he has experimented with in this bloody battle for the throne.

CCV is written by Mani Ratnam and Siva Ananth, and the duo brings in an interesting take to gangster tales by saying a lot on screen without actually saying much. If the big reveal in the climax is a masterstroke, the manner in which the Senapathy family is tied down by complicated feuds shines through in the dialogues and glances which you will miss if you take even as much as a second to look down to check your WhatsApp.

This is by far the best ensemble film in recent times which has just the right amount of spotlight on each character. Everyone’s there for only one agenda: To take the story forward. The lighting and camera move with a dexterity which comes with the Santosh Sivan trademark. Rahman’s music elevates evil and Sreekar Prasad’s deft editing allows you to grasp the action pieces with as much pause as a sit-down scene. All the above names have been creating cinematic history for over two decades. What’s the real wow factor here, for both the audience and fellow filmmakers, is the ability of veteran talents to spring forth with a film which speaks to a film fan above 18 years of age.

The criticism against the film is that it is so “unlike any other Mani Ratnam film” we have seen so far. To me, that is a winning point. That he collaborated with his long-time associate Siva Ananth to come up with an edge-of-the-seat narrative in a gangster genre that he popularised for us with Pagal Nilavu, Nayagan and Thalapathi, is him showing the way for other directors to work with talented writers and give film writing the pride of place it deserves.

So what’s in store for Tamil cinema after CCV? Here’s my ‘hope-list’. Hopefully, heroes won’t ask for an introduction song, or want only to play a do-gooder. Hopefully, heroines won’t feel shy of acting in an ensemble cast. Hopefully, senior actors will have better roles written for them (watch Prakashraj and Jayasudha in CCV), and producers won’t ask for five songs, with a duet each side of the interval. Hopefully, complex man-woman relationships will be dealt with maturity on-screen as they happen in real life.Oh, and brace for all our heroes wanting to only play a gangster.

Now we are on Telegram too. Follow us for updates
TAGS
Chekka Chivandha Vaanam Chekka Chivantha Vaanam

PM Modi not a sympathiser of farmers but seeker of votes: Priyanka

Omicron variant patients in Delhi to be isolated, treated at Lok Nayak Hospital