A film for the times, says Ezhumin director VP Viji

VP Viji, who earlier produced the horror-thriller, Uru, is all set to make his directorial debut this weekend with a film targeted at youngsters, titled Ezhumin.

VP Viji, who earlier produced the horror-thriller, Uru, is all set to make his directorial debut this weekend with a film targeted at youngsters, titled Ezhumin. The martial-arts film, starring comedian Vivekh and Devayani in the lead, also features several children, including real martial-arts champions.

Talking about the film, Viji says, “In this era, when violence and abuse on children is on the rise, Ezhumin will talk about importance of learning basic martial arts and self-defense in the formative years. Using the power politics in a martial arts competition as the core conflict, I have addressed how the misuse of authority by bureaucrats in the sports department affects deserving children from the middle class, yearning for their big break.” 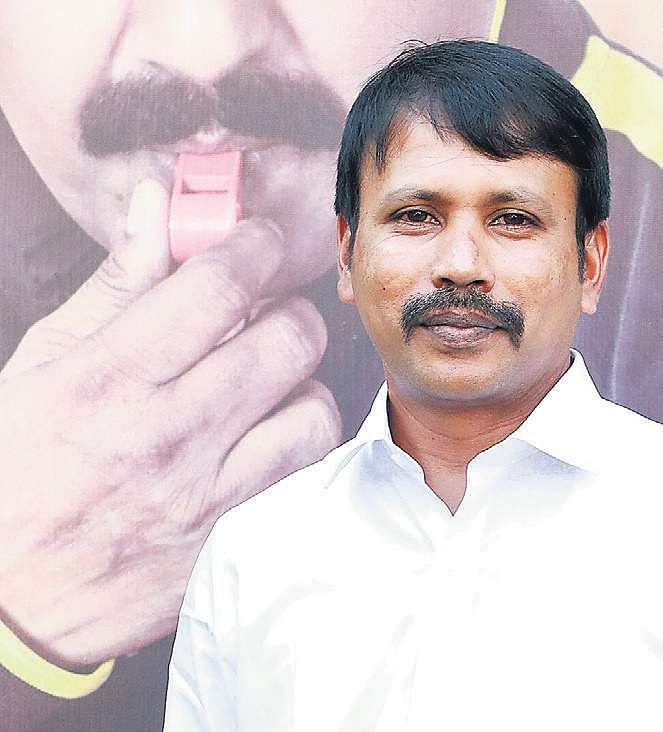 The director adds that he had to audition nearly 1,500 students to handpick five child-champions from different sport-backgrounds such as Silambam, Karate, Kung Fu, Boxing, and Gymnastics, to be featured in the film. “We conducted month-long acting workshops for these kids so that they dont feel the anxiety of being in front of the camera.”

Vivekh, who seems to have recently shifted his focus to supporting characters, plays the lead role of a ‘motivator’ in Ezhumin. “I felt Vivekh’s social image will be perfect to take the film’s message across to the masses. Though his role is a serious one, it will have his trademark cheer and energy,” says Viji.
Ezhumin also features Devayani, in her Tamil cinema comeback. “Devayani is someone who has a lot of goodwill among women, and I wanted to capitalise on it by casting her in my film. It’s a powerful role with various shades.” Azhagam Perumal, last seen in Vanjagar Ulagam, plays the villain, who leads the opposite faction.

Dhanush and Anirudh Ravichander have lent their voices for a couple of songs, composed by debut music director, Ganesh Chandrasekaran. “These are songs that appear at crucial moments in the film. We weren’t sure whose voice would fit well, so Vivekh sir suggested Dhanush and Anirudh. When we asked them, they were happy to be part of such a socially-conscious film,” says the director.

Viji, who shot Ezhumin in 37 days in and around Chennai, says that his next film will also be a social drama involving children. “I will make the announcement soon. We definitely need more films that are made exclusively for children,”he concludes.

Stay up to date on all the latest Entertainment Tamil news with The New Indian Express App. Download now
TAGS
Vivekh Ezhumin