As the audio launch of Chekka Chivantha Vaanam takes place in Chennai on Wednesday evening, the makers have uploaded two singles from the upcoming Mani Ratnam film. 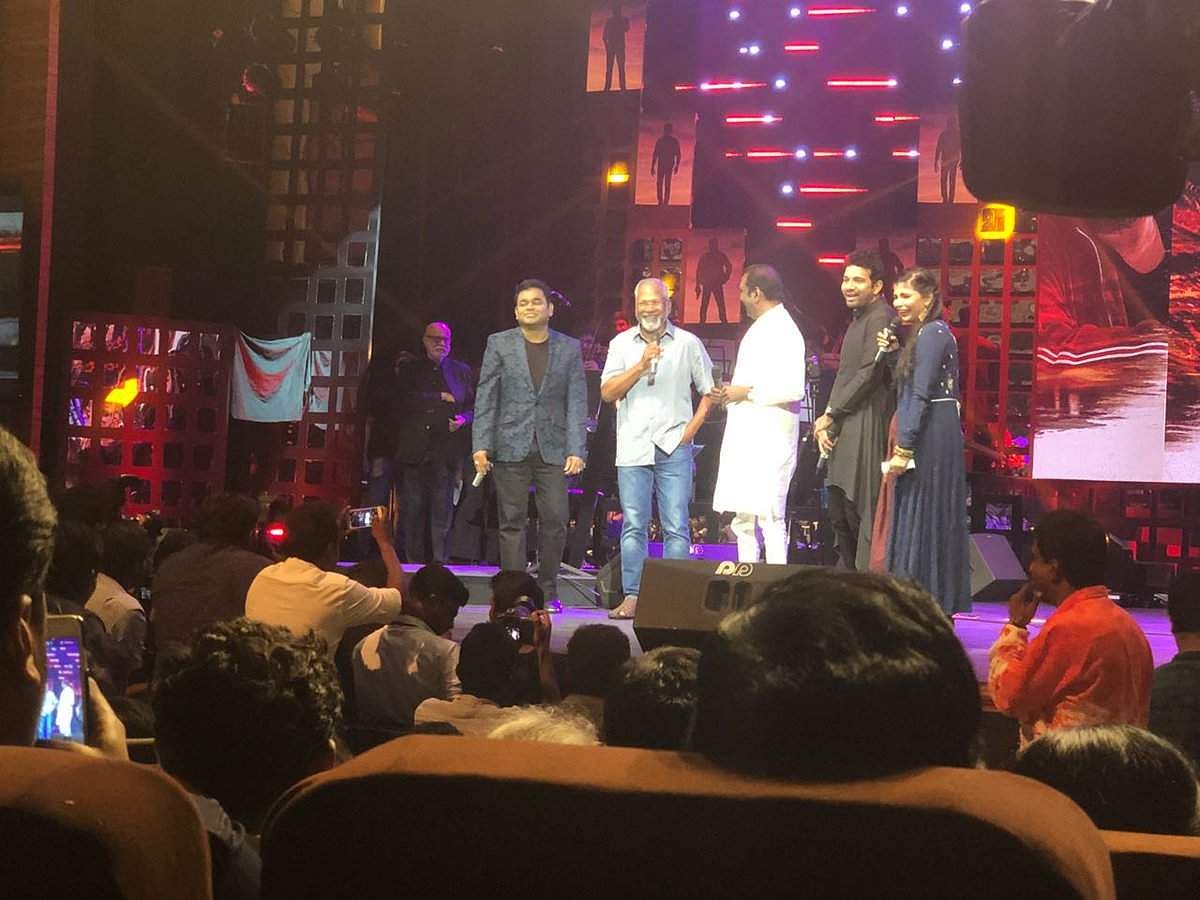 As the audio launch of Chekka Chivantha Vaanam takes place in Chennai on Wednesday evening, the makers have uploaded two singles from the upcoming Mani Ratnam film.

Composed by AR Rahman and written by Vairamuthu, the album is said to have a total of 6 songs.

The first song is called 'Mazhai kuruvi' and is evidently a love song. The poster in the video indicates that the song describes the love of Ethi and Chaya (played by Simbu and Dayana Erappa).

There are some similarities to church music, which means that we could be hearing this song at Ethi's wedding.

Sung by AR Rahman himself, the song is about a 'rain sparrow and how the bird enjoys itself in the rain.

The poster in the video indicates the song is dedicated to the relationship between Varadan (played by Arvind Swami) and his wife (played by Jyothika).

The song talks about how the sounds of violence will drown out the koel's cry.

Now we are on Telegram too. Follow us for updates
TAGS
Simbu Mani Ratnam AR Rahman Vairamuthu Chekka Chivantha Vaanam