With an entire year gone by, Mani Prabhu brings you some of the controversies that plagued the Tamil film industry in 2019.

Over the past year, the Tamil film industry has been privy to several controversies from post-release censoring to unending plagiarism disputes. The never-ending insensitive remarks on women harassment and the MeToo moment have sparked spirited discourse and often, evoked deafening silence. Fan wars turned uglier. Politicians became more intolerant.

Recorded history
While maestro Ilayaraja was being felicitated at the International Film Festival of India in November in Goa, his close aides Bharathiraja, Bhagyaraj, Seeman, among other film personalities, were trying to sort out the row between the composer and Prasad Studios. For four decades, Raja had been working out of his ‘comfort zone’ in his office located inside the sprawling Prasad Studios. A plan by the current management of the Prasad Studios, headed by Sai Prasad, grandson of late L V Prasad, to renovate the campus, had drawn Ilayaraja’s ire, as he was asked to vacate and hand over the studio. Raja had filed a case against the studio owners, demanding to be allowed to stay on. 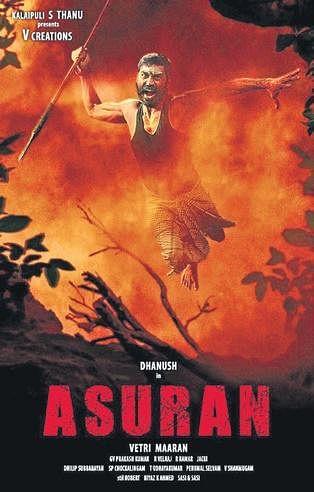 Hurt sentiments
While Vetrimaaran’s big-screen adaptation of Poomani’s Vekkai novel, Asuran, received widespread acclaim for the portrayal of its Dalit protagonist (Dhanush playing a middle-aged father who faces caste oppression), actor-politician Karunas expressed his disappointment over the line ‘Aanda Parambarai’ in the film, which he said denoted his ‘Mukkulathor’ community. Vetrimaaran, however, acknowledged the request of Karunas and muted the line from the film. Karunas had previously been a part of Vetrimaaran’s Polladhavan, which also starred Dhanush. Interestingly, Karunas’ son, Ken, plays a pivotal role (the younger son of Dhanush’s character) in Asuran.

Nude is rude?
Amala Paul, who made headlines with her nude act in her 2019 film, Aadai, was ousted from Vijay Sethupathi’s upcoming romantic drama, VSP 33, after the official announcement, and was replaced by Megha Akash. Amala then released an official statement alleging that she got thrown out of the film unceremoniously. She lashed out at Chandaraa Arts, the producers of VSP 33, for removing her from the film after citing she’s not  “production-friendly”. She further went on to add that the ousting happening right after the release of Aadai teaser only reflected the patriarchal and egoistic mindset of Chandaraa Arts. Amala also said that Tamil Nadu deserves good cinema, possible after a mindset change.

Get your act together
The Tamil Nadu government has been waging a fierce legal battle against the South Indian Artistes’ Association, popularly known as the Nadigar Sangam. At the centre of the dispute is the election held by the body in June this year, to pick new office-bearers. The elections were contested between the teams led by Nasser and Bhagyaraj, dubbed as Pandavar Ani and Swami Sankaradas Ani, respectively. The government argued in court that the Nadigar Sangam elections should be declared invalid, as they were not in accordance with the by-laws of the association. The government had also alleged irregularities in the postal ballots, and removal of names from the rolls just before the elections, bearers extended their stay at the helm of affairs.

Who’s the hero
A title clash ensued between KJR Studios, the makers of Sivakarthikeyan’s Hero, and Mythri Movie Makers, the production house behind Vijay Deverakonda‘s next multilingual, directed by Anand Annamalai. While PS Mithran, the director of the Sivakarthikeyan film, furnished a letter provided by the Tamil Nadu Film Producer’s council stating that KJR Studios had registered the title (Hero) for a Tamil film.

Radha Ravi & misogynistic comments
Actor Radha Ravi, who had developed notoriety for being a rabble-rouser at film-related events, found himself in the eye of the storm, yet again, for his sexually-charged, slut-shaming remarks on Nayanthara during the trailer launch of the Airaa actor’s Kolaiyuthir Kaalam. Several members of the film fraternity including Vignesh Shivan, Chinmayi, Milind Rau, Radikaa Sarathkumar, Varalaxmi Sarathkumar, Khusbu Sundar and Taapsee Pannu expressed their outrage over Radha Ravi’s statements. DMK leader MK Stalin suspended Radha Ravi from the party.

Twitter battleground
Fans of Vijay and Ajith fighting it out on Twitter is not something new to Kollywood’s ecosystem. However, producer Dhananjayan and Kotapadi J Rajesh of KJR Studios also got pulled into one ugly battle in the third week of November.  While answering a question on Twitter about whether or not Ajith’s Viswasam collected `125 crore in eight days, Dhananjayan said that the figure is ‘absolutely exaggerated’. This didn’t go down well with Ajith fans and Viswasam-makers KJR Studios, who started taking digs at Dhananjayan. KJR Studios shared an old video of Dhananjayan in which he says, “One cannot comment on whether or not Viswasam earned 128 crores, but we have to go by the words of the distributor.”

Drumming up a controversy
Veteran actor-director K Bhagyraj faced a backlash for his statements about women at the audio launch of the upcoming Tamil film, Karuthkalai Pathivu Sei. The filmmaker presided over the function as the chief guest, and shared his opinion that men are not the only reason behind the sexual harassment of women. He did this by recalling an age-old Tamil adage, ‘Oosi edam kudukkaama nool nuzhaiyaathu’. He went on to comment on the Pollachi rape incidents. “Those boys are not the only people responsible for the crimes,” he said.

Red card and reversal
Earlier this year, Simbu was dropped from Venkat Prabhu’s Maanaadu after he had allegedly been the cause for numerous delays in the film’s shoot. Almost a year after the  announcement of the film, which was supposed to star Kalyani Priyadarshan as the female lead, producer Suresh Kamachi announced in August that he would resume the film with Venkat Prabhu and another leading star. Simbu, meanwhile, flew to Thailand, but not before announcing a new film titled Maghaa Maanaadu, to be produced under his own production banner. However, the intervention of the producers’ council, in October, seems to have resulted in a truce of sorts. Reports now suggest that Simbu, who has been hitting the gym to prepare for the role, will begin shooting for the project in January.

Disgruntled fans
The audio launch of Vijay’s tentpole movie, Bigil, was eagerly anticipated by his fans, given that the actor rarely makes public appearances otherwise. The audio was released amidst much celebration on September 19 at an engineering college in Chennai. However, all did not go well during the audio launch, and many fans took to social media to share their dreadful ordeal during the event. Many were allegedly beaten up by security personnel and forced to return for lack of space.

The plagiarism wars
The long-drawn plagiarism issue surrounding Vijay’s Bigil came to a close after the Madras High Court refused to stay the film’s release. The makers were fighting a legal case, which was filed by a director named KP Selva, who had accused Atlee of plagiarising his story. Selva, who had claimed that he had registered the story with the South Indian Film Writers Association a few years back, had sought a ban on Bigil’s release. After the court’s refusal to stay the release, the matter is said to have been settled out of court. Incidentally, this was not the only plagiarism charge levied against Bigil. Two other filmmakers - Meeraan and Nandi Chinni Kumar from Andhra Pradesh, had claimed that it is based on their scripts.

Now we are on Telegram too. Follow us for updates
TAGS
Tamil Cinema trials