Actor Srinivasan, known to the masses as Powerstar, is returning to play the lead role in Murungakkai, directed by debutant filmmaker RS Mani. 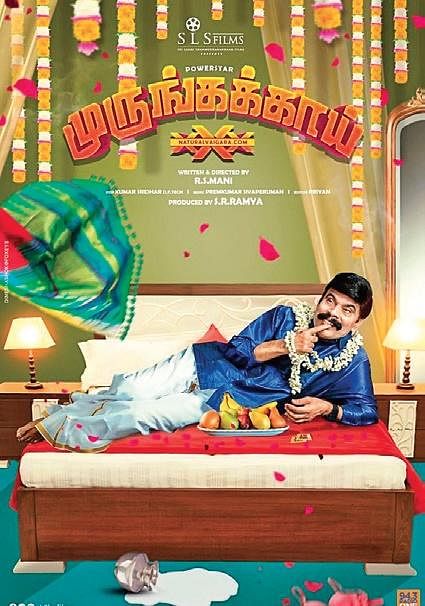 We live in a world where people are wasting the present in order to achieve a better tomorrow and many wait to settle down before getting married. Murungakkai is the story of a man who does the same, but by the time he gets married, he is old and faces consequences both in his family and society. How he handles this forms the story,” says director Mani. “We zeroed on Powerstar because we needed an artist who is a bit older but can still pull off humour.

He plays the role of a techie in the film. We’re aiming for a U/A certificate.” Shot in Chennai, Kodaikanal and Poombarai, 60 per cent of the filming has been completed.

The remaining portions, including two songs, are expected to be completed in half a month’s time post the relaxation of the lockdown. Also starring Mariumuthu, Tamilselvi, Elizabeth, Aadukalam Murugadoss, Chithra Lakshmanan, and Manobala, Murungakkai will have cinematography by Kumar Sridhar of Thorati fame.