...says Desingh Periyasamy about his debutant film, which has turned out to be a huge success in Dulquer Salmaan’s career

Desingh Periyasamy is just coming out of the matinee show of Kannum Kannum Kollaiyadithaal  (KKK) with his family in his native place, Kadalur, when I call him. He sounds happy: “I couldn’t hear the dialogues of Gautam Menon sir towards the end. The crowd was clapping and hooting.” The idea for the film was conceived by the director, as early as in 2012. However, the script of KKK, despite being in the making for about eight years, has managed to stand the test of time. Desingh says the story, which was initially about the credit card scam, kept evolving with time. 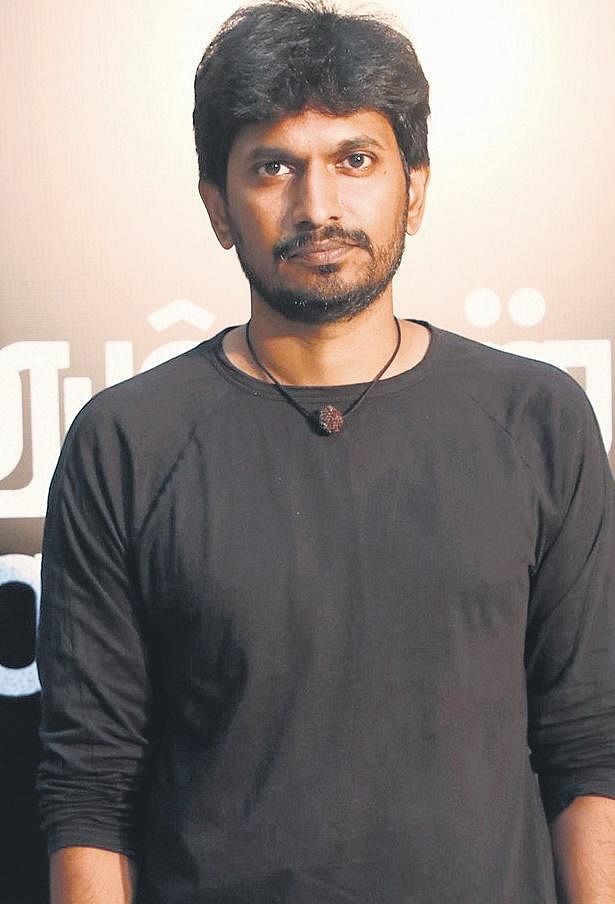 “In 2014, Vikram Prabhu’s Sigaram Thodu dealt with a credit card scam. So, I had to tweak the script and chose the topic of product tampering,” the director begins about the long journey of KKK. Desingh is an avid reader of interesting crime cases of theft and online scam. It was that which led to the one-line of the film. Almost all the scams shown in the film are inspired by real incidents and reported crimes, the director reveals. The success of the film has been predominantly due to word-of-mouth reviews as the makers chose to maintain a low-key promotion for the film. Even its trailer met with a mixed response but it was all a conscious decision of the director, who chose to make a minimalistic promo that revealed close to nothing about the story. “People advised me to put out everything about the film but

I didn’t want to. Had the film come out sooner, I wouldn’t have even revealed about cybercrimes in the trailer.”Desingh wanted to set a trap for the audience: “Even Dulquer and the producers would have listened to the story reluctantly for the first 20 minutes thinking that it was yet another love story but that was my plan. The moment the film begins to change gears, the viewers will be intrigued and I try my best to hold that attention.” Desingh admits he neither thought he would be directing a popular hero like Dulquer Salmaan nor dreamt of making the film with such huge production design. “When I saw Vaayai Moodi Pesavum, I fixed Dulquer as my hero because I needed a charming hero, who wouldn’t make theft look all that bad (laughs). Also, I believe actors, who have a neutral image among the audience… those actors with whom the audience have no complaints.”

One could say the same about the whole team of this heist film, and that was the most important reason for the success of the film, says Desingh. “Maybe only Gautham Menon sir has a certain image among the audience. Other than that, all the actors involved in the film are unassuming.” Initially, Desingh wanted SJ Suryah to play the role of DCP Prathap in the film: “I even mimicked SJ Suryah sir’s voice while narrating the story to Dulquer and the producers but after the success of Iraivi, he became busy.” Later, I approached Gautham sir, and I even tried to rope in Maddy, Vijay Sethupathi, Arjun, and yesteryear actor Mohan. But Gautham sir finally gave a green signal to the project after one-and-a-half years.”

“Gautham sir is a boon to the film,” says the director, adding, “I just watched the monitor while shooting the last scene with him. He did all the work including writing the lines. A director of his stature willing to do this role takes a lot of humility. Chance-ay illa!” The film has also found an actor in TV anchor Rakshan. While Tamil filmmakers choose to make a clown out of such supporting roles, Desingh’s dignified treatment seems to come from his understanding of people. “In every gang, there is a guy, who makes jokes and acts funny, but he is not a joker.

He will also have his own love story. In real-life, nobody is a comedian. Take Hindi films for instance: Ritesh Deshmukh is not a comedian, though he is a friend of heroes like Akshay Kumar. I wanted to write one such character.” Desingh says his future films are going to be as fun-filled as this one and he is already working on some ideas. “I am a Tamil cinema fan. I like the kind of films which are called ‘pozhudhu pokku padangal’. I want to make celebratory films and for people to be happy when they leave the theatre.”