Weaving a tapestry of inspiring narratives

'Even if it not for my debut movie, Coffee Cafe, I would have still tried to be part of the festival because it had a good line-up,' city-based director Arunkumar Senthil said.

CHENNAI: City-based director Arunkumar Senthil still can’t decide what is more exciting — whether it’s his latest offering Coffee Cafe receiving applause at the recent Bangalore Queer Film Festival or him getting exposed to so many queer films at the fest. His debut feature film was recently premiered at the festival, and the director says that he is on cloud nine.

“Even if it not for my debut movie, Coffee Cafe, I would have still tried to be part of the festival because it had a good line-up,” he said. Over the period of the filmfest, he watched over six films and his personal favourite, he said, was the French movie, Kiko’s Saint. Coffee Cafe revolves around four characters who end up relating to each other in a coffee shop because of one incident. Senthil shared that most of the inspiration for the movies were drawn from real-life incidents. 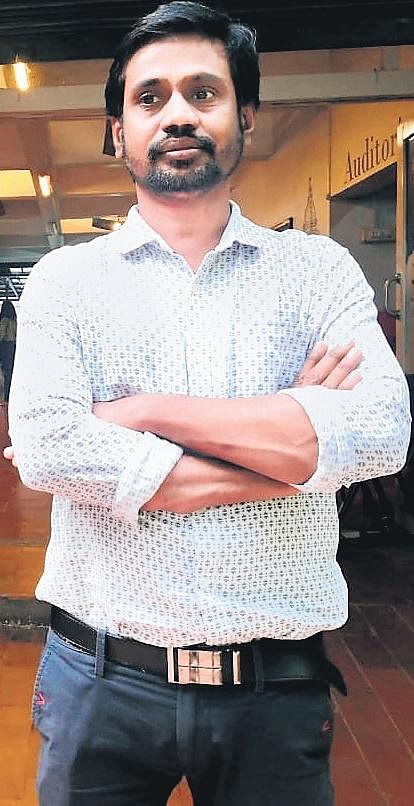 “I run a cafe in Chennai, where I come across many people and their stories. I have incorporated some of them in my movie,” he shared, adding, “For example, in the movie, there is a story of a struggling independent film director, which is vaguely based on my life.” Originally for Coimbatore, Senthil moved to Chennai in 2014 to become a director. But life had other plans. He started running a coffee shop where he met people from different walks of life.

But making the movie came with its share of challenges. “I wanted to make it into a feature movie but with a topic like this, I didn’t get much support from the producers. But I was determined,” said Senthil, who took two years to complete the m o v i e . The 30-yearold said that TN needs to o p e n i t s doors t o more independent movies. “Some of the best movies come from TN, but independent cinema needs to expand more,” he said.

Now we are on Telegram too. Follow us for updates
TAGS
Arunkumar Senthil Bangalore Queer Film Festival