I love that I can live many lives, says Akshara Haasan

It has been five years since Akshara made her debut as an actor with Shamitabh. Since then, the range of characters, despite the short filmography, go from the role of a hacker fugitive to a kidnapped housewife. Once again, in contrast to her previous roles, she is playing a 19-yearold in her upcoming film, Achcham Madam Naanam Payirppu (AMNP), directed by Raja Ramamurthy of America Mappillai fame.

Akshara says that she doesn’t have a set pattern or checklist to choose a role and simply follows her inner instinct. “Any film I do, any character I play, must connect with my soul. I value this connection a lot. Once that happens, there is no turning back.” Excerpts from a conversation with Akshara and filmmaker Raja Ramamurthy, ahead of their film’s release on ZEE5:

You are shouldering an entire film on your own with AMNP. Do you feel any pressure?

Akshara: Honestly, this fact didn’t hit me for a long time after shooting for the film. Only recently did it occur to me and I went all, “Haiyaiyoo!” I began feeling nervous and overwhelmed. But in a couple of days, I realised that it is actually an honour to get bestowed with such a huge responsibility. Right now, I feel no pressure. I am enjoying the whole process of filmmaking that is unfolding around me. I believe, at the end of the day, that even if the film centres on my character, the work itself is a collective effort. It has taken an entire team to make this beautiful film. It is not my sole achievement.

Raja, did you always have Akshara in mind for this role?

You could say that. I approached Akshara right immediately after I completed the synopsis. I wanted her to play Pavithra. She took to the idea instantly and I began expanding upon the script, with her in mind.

Akshara, were you able to relate to Pavithra?

Not at all. We are polar opposites. I found it to be an interesting challenge to play someone I can’t relate to; also, I hate to repeat roles. Being an actor gives me the opportunity to live many new lives. This is the biggest blessing for an actor. Raja sir had a clear vision of what he wanted. Not many directors have such clarity. Signing this film was a nobrainer.

The featurettes of AMNP, bring to mind some K Balachander films. Was his work an influence?

Raja: I think of AMNP as ‘John Hughes meeting K Balachander’. I love both their work a lot and I guess, I got subconsciously inspired by them. The characters and the setting of our film may feel inspired by their universe, but I repeat… it wasn’t a conscious choice! (laughs)

I love that I can live many lives: Akshara Haasan 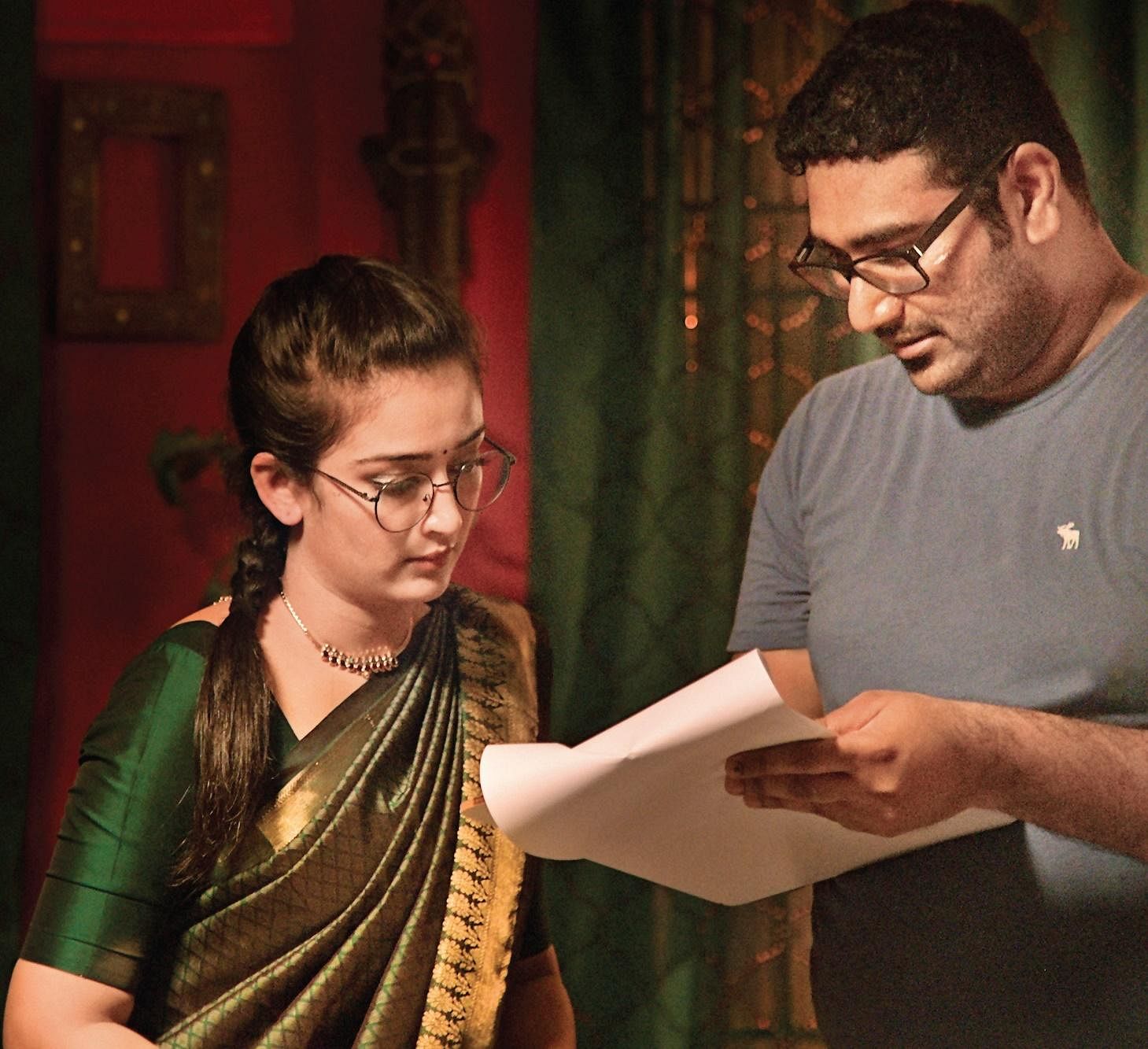 Being a male writer-director, was it a challenge to get this world of a 19-year-old girl right?
Raja: I write my own scripts and have not collaborated with women writers. But once I finish writing, I share my work with women I trust. That helps me. Also, that almost 95 percent of the crew comprised women turned out to be a big blessing. They gave me the right feedback and corrected me whenever I digressed from the larger vision.

Akshara, you were an assistant director before you became an actor. Does the filmmaker in you help the performer?

Akshara: Yes! Having worked as an AD helps me understand the technical side of a film better and get the soul of a script right. Possessing knowledge about simple things like the lens and frame being used for the shot keeps me informed about the scale of my performance. An actor and director have two different thinking patterns. A combination of both is not something everyone has; it helps me enjoy the process more.

AMNP is a direct-to-OTT release like your previous outing. Would you have approached the film differently had it been a theatrical release?

Raja: To be honest, I would have been forced into many compromises had AMNP been made for theatre. Only 20% of my vision would have been realised; it would have been an entirely different film. Being a direct-to- OTT release is a huge boon as it gave me creative liberty while writing and filming.

Akshara, the characters you have played so far have been pretty solemn. Any plans to feature in lighter content?

Raja: I would like to intervene here. AMNP is a fun film. Though the film deals with heavy themes, I think of it as a fairly enjoyable entertainer. Akshara, in fact, has done a lot of comedy in this film.

The promos suggest that this is as film that calls for equality, while calling out patriarchy. Are there any particular changes you would like to see?

Akshara: I don’t think I am the right person to answer this. But I believe all of us need to make each other feel equal and worthy. It is high time we value a person for what they are rather than for what gender they belong to.

Now we are on Telegram too. Follow us for updates
TAGS
Akshara Haasan Achcham Madam Naanam Payirppu Raja Ramamurthy