'Kaadan' changed me as a person: Rana Daggubati

Rana Daggubati expresses happiness at returning to Chennai for the promotions of his upcoming film, Kaadan. It’s after all the city he was born and did his early schooling in. The actor, whose last film as a lead was back in 2017, says, “Director Prabu sir told me once that the audience does not care how long we shoot a film. Only if the film is good will they watch it. The films I have done needed their time to develop and the pandemic has taught us anyway that time is not in our control.”

Kaadan, being a trilingual, seems like your next big pan-Indian film after the Baahubali franchise.
The difference between the other pan-Indian films I have done and Kaadan is that, here, we have shot every single scene thrice with different cast members. Most pan-Indian films take a neutral story or one that has an overarching hero-villain story.

They don’t get into details of the character’s life, but here, we have chosen to show details. We have picked a few characters for each language while the elephant and I are constants. The character Prabu has designed for me is one with nature; it doesn’t matter what language he speaks. The director even worked out how a kumki (trained elephant) is different from one region to another, along with cops and rangers. My next film, Virata Parvam, is about an incident that happened in Telangana. So, it will be made only as a Telugu film. Kadaan, however, is a story that applies across regions.

What can you tell us about the social impact of this film?

It will remind you of news you have come across; you will think of a much larger story. We have explored a zone between biopic and fiction here, and come up with great characters based on great people. For change to happen, everyone should talk about it—in an entertaining and yet, serious and informative manner. We are in a state where we need the environment, not the other way around.

Was it strenuous to shoot the same scene thrice, especially in an environment where the elements are not exactly in your control?

If we want to reach out to everybody in India, we have to localise the story in the best manner possible. This film was a wonderful experience. I am from Hyderabad, Prabu sir is from Chennai, and the rest of the cast and crew are all from different corners of the country. But the moment we stepped inside the jungle, everything changed. It didn’t matter where we were from or what language we spoke. We were shooting in three languages, but the elephant didn’t care (laughs). Elephants taught me that we are a part of nature. A gigantic creature like it still works every day to make sure that the jungle functions; that’s something we can all learn from. 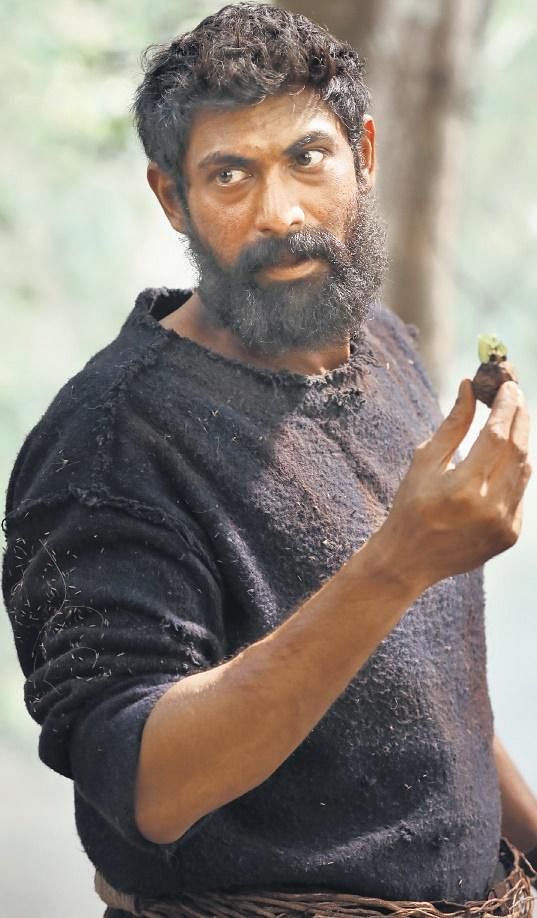 Some people know, and some don’t, but I had a serious health issue a couple of years back and that occurred during the shoot of this film. Every film teaches you something, but some films change you forever in life and Kaadan is that film for me. The film changed me as a human being and my relationship with other humans. When you have such an overwhelming experience, multiple takes don’t really get to you.

For a regular scene, the first shot in Tamil would take us about 15-20 takes. We would then move to Telugu and Hindi. If Prabu sir liked one of the takes better than the others, he would make us enact it in other languages. We didn’t use watches; our cellphones did not work there. Without cellphones for a month, you become a different person. We left to work every day at 4:30 am because we had to be ready for the shoot at sunrise. I read somewhere that when phones had wires, they were tied down and humans were free. We probably need to get back to that soon. I don’t have social media apps on my phone. I only use them from a desktop when I need it. Life is fun and peaceful this way.

Your filmography shows a desire for experimentation.
Life is filled with variety and cinema is an extension of this. I want to keep making films that are new and engaging. Whether you do a film that’s about living underwater (The Ghazi Attack) or you go to a great kingdom (The Baahubali franchise) or a jungle, it should be a new experience for both the actors and the audience. As far as Kaadan is concerned, my character is one of the noblest I have played. The roles I have played are those who have fought for their country, for love or for revenge.

But this man who is fighting for a jungle, for the elephants, and against society, is the greatest of all fights. Kaadan is a film that will be relevant for a long time because the importance of taking care of our environment will always be relevant. Whether you are a kid or a 70-year-old, an elephant is the same loveable creature. The jungle will intrigue you. We have packaged this all and made a big adventure film.

Now we are on Telegram too. Follow us for updates
TAGS
Rana Daggubati Kaadan