The production designer of Baahubali 2, Sabu Cyril, is pleased with his work for the film.

The production designer of Baahubali 2, Sabu Cyril, is pleased with his work for the film. Having worked on films like Enthiran, Ra.One in the past, Baahubali’s first film was his first collaboration with SS Rajamouli, a director with who he’s closely worked for the last five years. “It’s quite challenging to work with him as he expects everyone around him to be as passionate about cinema as he is. It’s not an easy task to wake up at 3. 30 am every single day and report to the sets by 6 am. 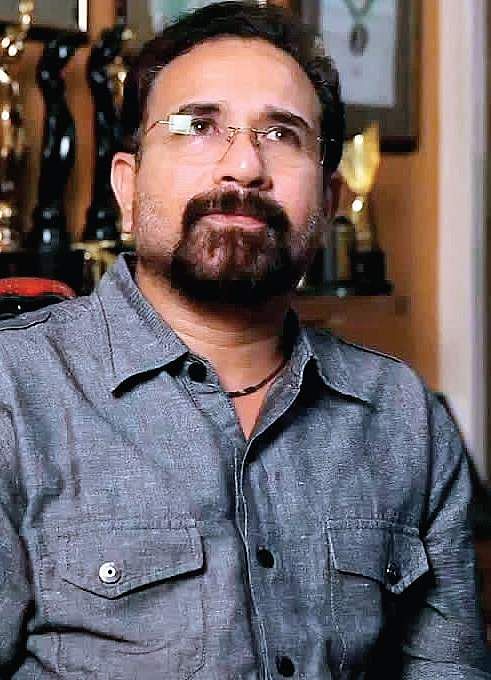 I’ve done this for nearly five years. Every day was a challenge, and Rajamouli would constantly surprise me by asking me to create things,” Sabu Cyril  says. A few days ago, for instance, Rajamouli asked him to create a cloud inside a room! “It’s a trade secret and I can’t tell you how we did it,” he says. “He wanted to experiment with how light interacts with the surface of a cloud so that it can be used as a reference while doing the visual effects of the film. This is just one of the several tasks I’ve had to work on for this film.”
For Sabu, who takes great interest in animatronics, the film gave him the opportunity to create something new.

“I should thank the producers as they have given me a free hand to do whatever I have felt was best for the film,” he adds. At a recent pre-release event of the film, Rajamouli quipped that Sabu Cyril had hurt his ego during their first interaction five years ago. Cyril had supposedly almost slept during the narration.
The production designer bursts out laughing and says, “I don’t have the patience to listen to the entire story. People who know me just give me a brief outline of a script and tell me what they want from me. The day I met Rajamouli for the first time, I had just come back from the shoot of another film and I was really tired. I asked him if I can have black coffee. It was really embarrassing to be honest. It happened with another narration of a different film too. I actually slept off in the middle of the narration and when I woke up everyone around me asked whether the story was so boring. The truth is, when I was a kid, my grandmother used to tell me stories to make me fall asleep and that habit has stayed with me every since.”