The Telugu actor talks about his new film about the sinking of Pakistani submarine PNS Ghazi during the 1971 war, how he destresses and how failures help people understand their dreams

It’s touted to be India’s first underwater and war-at-sea film. It’s probably the first of its kind high-budget project coming out of Tollywood sans the regular serving of item numbers, full-time female leads and comedy stop-gaps. What The Ghazi Attack sacrifices in these aspects it hopes to compensate in an explorative, thrilling storyline, some innovative computer graphics, and high doses of patriotism.

Sankalp Reddy’s directorial debut is a fictional adaptation of the mysterious sinking of PNS Ghazi during the war against Pakistan in 1971. Set to release worldwide on Friday in Telugu and Hindi, Karan Johar’s Dharma Productions lapping up the distribution rights for the Hindi version speaks a lot about what it promises.

Rana Daggubati and Taapsee Pannu star in the lead roles, with the latter playing a Bangladeshi refugee girl, along with Kay Kay Menon and Atul Kulkarni. Amitabh Bachchan narrates the story in Hindi and Chiranjeevi in Telugu. The Ghazi Attack is also the late Om Puri’s last film. 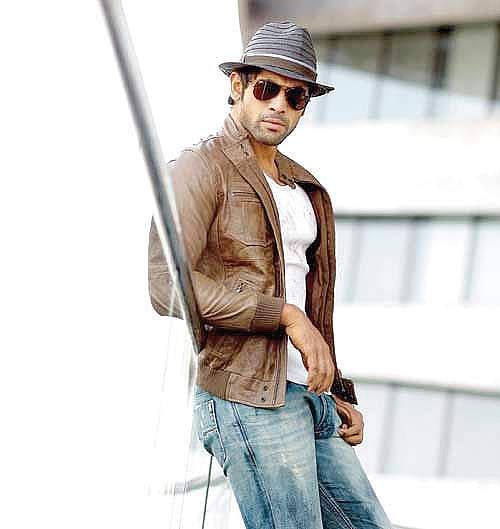 The trailer shows a rugged Rana as Lt Commander Arjun Verma of the Indian Navy’s submarine S-21, which took on PNS Ghazi. “He is straight and simple, upright and honest, and doesn’t sway away from his duties and responsibilities,” says Rana. “These qualities led him to pile up the odds against the Ghazi.” In real life, Rana has piled up a lot emotionally to make The Ghazi Attack stand out, following the film through its life cycle.

“If you look at my work trajectory, I have always picked unusual scripts. That’s what I want to keep on doing, films that haven’t been done before, films that are unusual but important. That’s exactly what I felt about The Ghazi Attack,” he reminisces. The events that led to the sinking of PNS Ghazi is not accurately recorded in history. “That triggered my curiosity to explore what might have happened there, and the film is one way to express our admiration and gratitude towards the naval force that has made significant contribution towards our country’s security,” says Rana.

Does the prospects and risks of a never-before make Rana nervous? Daggubati hasn’t any time for that. He has been shooting for his forthcoming film, a yet-to-be-named political thriller apart from running around promoting The Ghazi Attack.

To destress, Rana does constructive crafting out of damaged things. “I’ve been doing it since I was a child. I am fascinated by the art of making crafty things out of regular wastes.”

The Telugu heartthrob has appeared in Bollywood films and has carved a niche for himself in Tollywood. His kitty includes the Nandi Award for Best Special Effects for Sainikudu in 2006.

But he failed his Class X Board exams. He says he was good at Arts and Literature but didn’t like Science and Maths. “I was more interested in photography, arts projects... The importance of balancing all the subjects hadn’t settled in at that point. But I did very well the next year.”

He points out that sometimes failures help you understand your core desires, the person that you are, and what you actually want in life. “I was still young and undecided when I chose to study industrial photography, which was very interesting and been a great learning experience. And all of these pointed me to the direction I wanted to take.”