Rajamouli’s next with Ram Charan?

After shattering the box office with the Baahubali franchise, everyone has been eagerly waiting for director SS Rajamouli to announce his next project.

After shattering the box office with the Baahubali franchise, everyone has been eagerly waiting for director SS Rajamouli to announce his next project. Reports suggest that it will be a social drama funded by DVV Danayya.

Speculations were rife that the director's next would have either NTR Jr and Allu Arjun playing the lead role. However, that doesn't seem to be the case any longer. 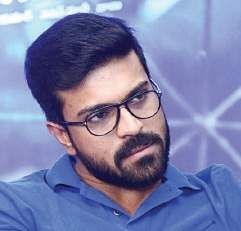 According to a source, Ram Charan is now the first choice for the film.

“Rajamouli is keen to choose Charan over Jr NTR and Allu Arjun. The former is not free for a year and he has already committed to working with Trivikram Srinivas for a project. Allu Arjun too cannot concentrate on any new projects as he is currently working on Naa Peru Surya, followed by a project with Lingusaamy," says a source.

"There’s still time for Charan to kick-start the proceedings for Koratala Siva’s next and he will wrap up Rangasthalam by this year end. So, Rajamouli’s project could well be Charan’s next,” adds the source.

Charan and Rajamouli have earlier delivered a blockbuster hit in Magadheera and if everything falls in place, this could be their second project together.

Stay up to date on all the latest Entertainment Telugu news with The New Indian Express App. Download now
(Get the news that matters from New Indian Express on WhatsApp. Click this link and hit 'Click to Subscribe'. Follow the instructions after that.)
TAGS
Baahubali SS Rajamouli DVV Danayya Ram Charan