Vijayendra Prasad, the creator of the Baahubali, now on Srivalli and Manikarnika: The Queen of Jhansi, talks about why it’s not a crime to take cinematic liberties with historical dramas on heroes.

“I shifted to Hyderabad in 2000 and since then, I was not in contact with my childhood friend Ramesh. In 2010, I remembered him on Ganesh Chaturthi and exactly after two years, I went to Vijayawada to meet him. I was distressed to learn that he is no more and his mother told me that, he remembered me the day before his death which happens to be Ganesh Chaturthi. It was not a coincidence and I wondered how sometimes close friends think of the same thing. I strongly believed that there was a scientific reason behind it and made Srivalli on that theory.”

The film depicts the sufferings of a neuroscientist Srivalli, who goes through a scientific experiment to help her father. “Srivalli goes underwater without clothes for an experiment on brain wave stimulation and in this course, she loses memory and remembers her past life. It is also a triangular love story which revolves around the consequences faced by the girl from her previous and present birth.”

Prasad admits that he was flattered by the words of writer Paruchuri Gopalakrishna after the special screening of the film. “I asked Gopalakrishna if he can predict the next scene. Five minutes into Srivalli, he was completely involved and was clueless of the happenings. It was a great achievement and I felt like obtaining a PhD degree. I got a similar feedback from Kona Venkat, BVS Ravi and others too.”

Terming Srivalli a tribute to the scientists, Vijayendra Prasad recalls late Abdul Kalam. “I admire Abdul Kalam a lot. This film revolves around two scientists and is set in the backdrop of science. So, it’s my ode to Kalam and all the scientists.” 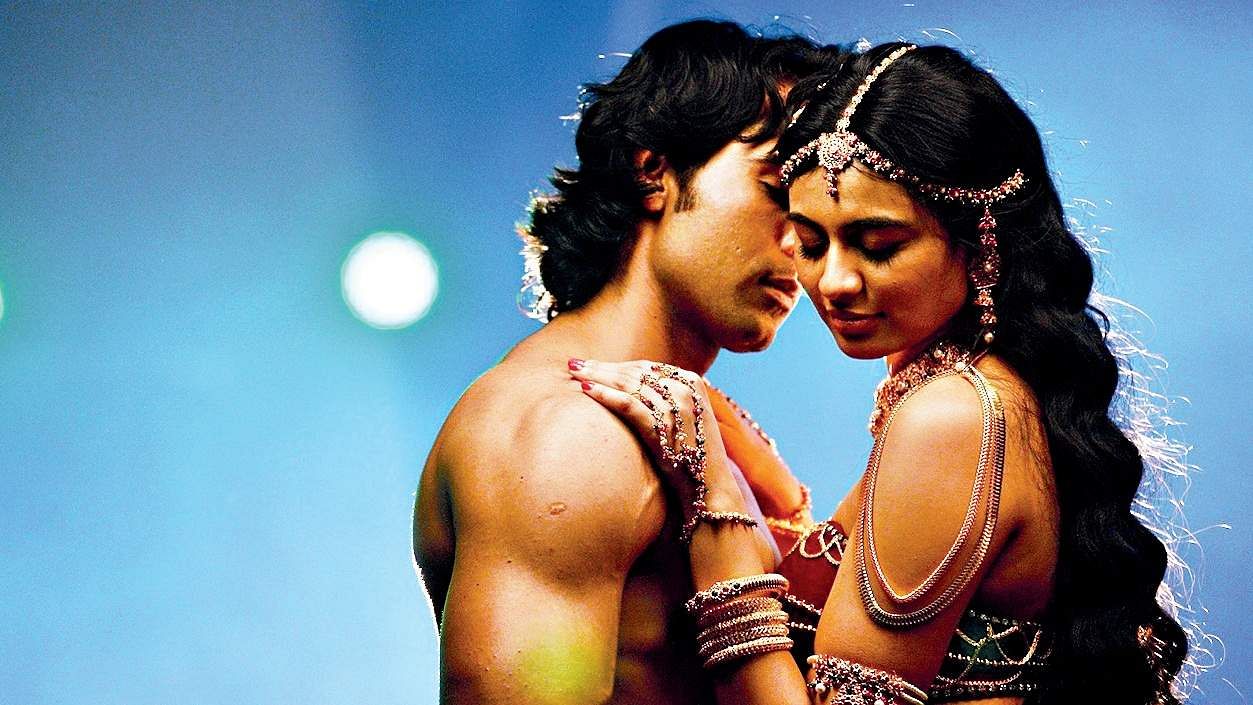 The veteran writer is delighted that the film industry is respecting him post the mammoth success of Bajrangi Bhaijaan and the Baahubali franchise. “I came to the industry in 1985 and worked with several successful producers. There was a phase when writers were forgotten and I’m happy that after Bajrangi Bhaijaan and Baahubali, times are changing. Several producers from Bollywood are approaching me for stories. I’m glad that the industry is recognising the good work and rewarding the writer in me. It feels proud to get my due back.”

Prasad shares that he recommended director Krish’s name to producer Kamal Jain for Manikarnika: The Queen of Jhansi, a historical Hindi film based on the life of Rani Lakshmi Bai. “I admire Rani Lakshmi Bai and even named my daughter after her original name Manikarnika. Earlier this year, when Kamal Jain approached me with the proposal to pen the story for Manikarnika, I told him clearly that I will take up the job only if Krish directs it. After watching Gauthamiputra Satakarni, I’m supremely confident that Krish can do justice to the film. Both Kamal and Kangana Ranaut were impressed by his directorial skills in GPSK and are delighted to have him aboard.”

He exudes confidence that Manikarnika: The Queen of Jhansi will be an epic. “Renowned Hollywood stuntman Nick Powell choreographed the war sequences for Manikarnika. They were shot in RFC for 30 days and those scenes will be visually spectacular on screen. The film will have a proper run-time and I can guarantee that’s Manikarnika is going to be an epic.”

The writer says that filmmakers can take some cinematic liberties while making historical films on National heroes. “Whether it’s Alluri Seetharama Raju and Veerapandiya Kattabomman or the upcoming Syeraa Narasimha Reddy and Manikarnika, filmmakers/writers need some degree of cinematic liberty to dramatise history as they are based on these chieftains. Since these films showcase the bravery of some legendary personalities and we make these projects with an intent to raise patriotism, we need the freedom to compromise on few things. Coming to Manikarnika, the story shows the fighting spirit and valour of Jhansi Rani. We have done extensive research and come up with a wonderful story.”

Prasad has a wish to provide a script for a crazy combination. “I would like to script for a film featuring Chiranjeevi and Ram Charan being directed by Rajamouli. It could be a sequel to Magadheera.”

The Baahubali writer is also planning to direct a film each in Telugu and Hindi soon. “I will make an official announcement on my new directorials on Dasara. All I can say is that they have interesting scripts,” he concludes.

Stay up to date on all the latest Entertainment Telugu news with The New Indian Express App. Download now
TAGS
Manikarnika: The Queen Of Jhansi Baahubali Vijayendra Prasad Srivalli