The duo will be seen playing father and son in the film being directed by writer Vakkantham Vamsi.

Stylish star Allu Arjun is sharing screen space with actor Arjun Sarja in Naa Peru Surya – Naa Illu India. According to a source, the duo will be seen playing father and son in the film being directed by renowned writer Vakkantham Vamsi. 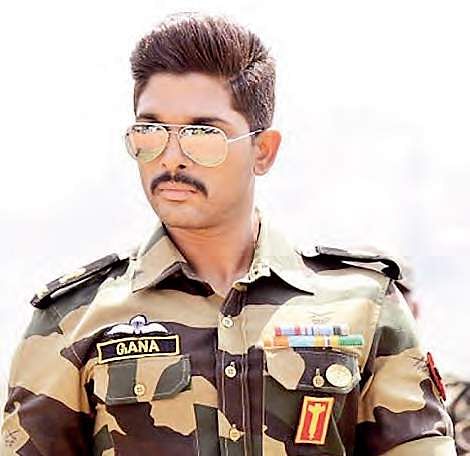 While Allu Arjun plays the role of a soldier, Arjun Sarja will be seen as a psychiatrist. “The film is a perfect package and expresses love, evokes a spirit of patriotism. But, the crucial component of the story is the emotional drama revolving around the conflict between the protagonist and his father. The audience will definitely relate to these characters,” reveals a source.

While Anu Emmanuel plays the female lead, Boman Irani, Sarath Kumar and Thakoor Anoop Singh are essaying pivotal roles in the film. As for the progress, about 70% of the shooting is completed and the team is currently filming crucial scenes on the lead actors in Chilkur. Bollywood composers Vishal - Shekhar duo are scoring the music for the film which is lined up for release on April 27.