Only Anushka could have done justice to the film, says 'Bhaagamathie' director

Director G Ashok can’t hide his excitement as he begins discussing his film, Bhaagamathie, that is hitting the screens tomorrow.

Director G Ashok can’t hide his excitement as he begins discussing his film, Bhaagamathie, that is hitting the screens tomorrow. He knows that not many directors get an opportunity to direct a star like Anushka Shetty, who has delivered blockbusters like Arundhati and Rudhrama Devi that were mounted on her performances. Ashok says he doesn’t think of this film as a follow-up to the Baahubali franchise, but that the only common factor is how  Bhaagamathie too will appeal to all audiences. “It has a universal story, and an exciting screenplay that I’m confident will work wonders across languages.”

It took the director nearly three years to complete the film, not to mention the two years spent on pre-production before that. So what kept him motivated throughout? He simply says, “Anushka’s dedication. She is a seasoned artist who can pull off any role with poise. I knew it was a performance-oriented film and that only Anushka could do justice to such a character. So, I waited for her to complete her other commitments.” 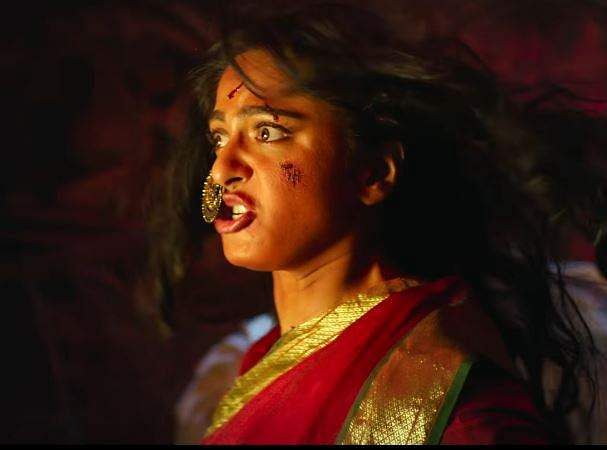 Rubbishing reports that the film is a female-centric period drama with fantasy elements, Ashok adds, “It’s neither a period drama nor a heroine-centric film. All the other artistes have equal significance in the story, but yes, Anushka’s character adds strength to the narrative.”

Almost three-fourths of the film occurs inside a swanky bungalow, one that the makers spent `3 crore to construct. “We have created a 28,000 sq-ft bungalow with 189 pillars of different heights. A major portion of the film happens there, and it’s one of the crucial aspects. You will find the bungalow set to be very unique,” says Ashok.

He adds, “The bungalow set would keep attracting a lot of dust. Despite having to contend with the dust and a shoulder injury as well, Anushka completed her portions in a timely fashion. She is a great star, but doesn’t let you feel that when working with you.”

Now we are on Telegram too. Follow us for updates
TAGS
Anushka Shetty Bhaagamathie Director G Ashok