The movie was well-received in festival circuit because of its unique narrative style in which the story is told in reverse.

You have read in these columns earlier that a short film titled Manasanamaha won the Best Romantic Short Platinum Award last year from Los Angeles-based ‘Independent Shorts Award’. This year, the film directed by Deepak Reddy, has made it to the British Academy of Film & Television Arts (BAFTA) qualification. As a part of BAFTA qualification for 2022 the film will be screened at Carmarthen Bay Film Festival Wales, UK, in May 2021. This will be the film’s Welsh Premiere. BAFTA Cymru is an event organised by the British government. 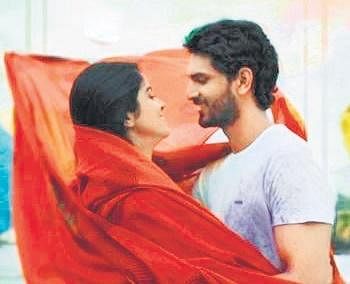 The movie was well-received in festival circuit because of its unique narrative style in which the story is told in reverse. The film is about a young man (Surya) who muses on the nature of love, recounting three relationships from his past. The non-linear narrative of Surya’s memories is told through three different seasons, chaitra (summer), varsha (rainy) and seeta (winter). The film was shot in five days in November 2018, and streamed on March 28 by Kala Mediaworks on YouTube. “I took a chance by releasing it during this lockdown,” reveals Deepak. “It was made on a shoe-string budget of `5 lakh,” Deepak said.

Now we are on Telegram too. Follow us for updates
TAGS
Manasanamaha BAFTA