Mathematics, the word that can cause paranoia to many, was, is and will always be Bharat Shresth’s first love. For the 30-year-old, it doesn’t mean solving problems by filling sheets but finding creative and fun ways to do this instead.

“I was always fascinated with recognising patterns. Be it numbers or shapes. And thanks to my good teachers, that fascination grew into an inclination towards the subject. I grew up solving American mathematician Martin Gardner’s columns and reading Arvind Gupta’s articles. I used to wait for these to appear in the magazines. And these made me do mathematics using different means,” says the Ajmer native, who holds a Masters in Mathematics from IIT Madras. 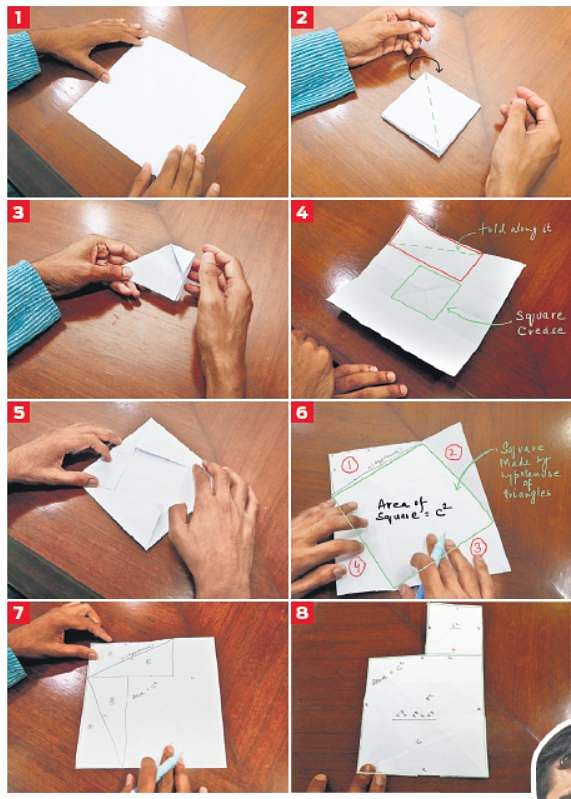 Shresth uses Teaching Learning Material (TLM) such as origami and paper folding, lego blocks, Cuisenaire rods, subitizing cards, burr and string puzzles, and exploding dots game to explain algebra, geometry, numbers, ratio, proportions, fractions, polynomials, integers and more. Through origami and paper folding, he will demonstrate maths concepts with a workshop at Bellas and Bambinos, Gurugram, in November. Kids between ages 10 and 14 will be taught how to create pentagon, hexagon, polyhedron and tetrahedron shapes. “Through origami, I will help the kids understand how beautiful Pythagoras Theorem is. They will get to see the crease and patterns, and the fun part… we won’t open a single book [for problem solving].”

Shresth is not an origami artist and studied the books of Thomas Hull, an English professor of mathematics, to master the techniques and explore new ways to teach. “Children are always told that mathematics is a tough subject. This builds a fear in their minds. Primary level is the exact age to clear concepts, but also the time when most kids start getting stressed with it. Just as we enjoy songs and poetry even when we don’t understand their meaning, in the same manner, I want to make maths enjoyable,” says Shresth, who used to teach maths and science to a group of underprivileged kids while studying at IIT.

These days, Shresth holds math workshops and camps for students with Aavishkaar: Center for Science, Arts & Technology in Palampur and schools in Uttarakhand. He has also founded Math Play, a collection of free online math games for elementary and middle school students. In association with Bellas and Bambinos, Gurugram, he’s also planning a camp where mothers can learn the basics of maths, so they can teach kids at home.

Proof of Pythagoras theorem using paper folding
Pythagoras Theorem: The area of the square whose side is the hypotenuse (the side opposite the right angle) is equal to the sum of the areas of the squares on the other two sides.
➊ Take a square paper of any size.
➋ Fold it into fourths. Then fold diagonally as shown.
➌ Hold where the edges of the original square paper are visible. Fold a beak from the other end as shown.
➍ Unfold the paper, creases will appear forming a square in the centre. Sharpen the creases by folding. At each corner, there is a rectangle. Fold along the diagonal for each rectangle as shown.
➎ After folding a square will appear. Now unfold it.
➏ Name the sides of the right triangle. We can see a square crease formed by hypotenuse (the longest side) of all the right triangles. Area of this square is c2.
➐ Rearrange the four right triangles as shown. The area excluding the triangles remains same (c2).
➑ On folding the portion made by the triangles backside, we will see the area as shown. This area is made up of two squares, one small and one big.
Result: The area of small rectangle is b2, big rectangle is a2. This portion (area) is also produced by removing the four triangles from the original square paper. Hence, both areas are equal, c2= a2 +b2.

Now we are on Telegram too. Follow us for updates
TAGS
origami mathemathics