They provided 300 face shields to Karnataka Government, which was conducting a training session of healthcare workers.

BHUBANESWAR: In times of despair, it’s a story of hope and compassion. A 22-year-old Odia girl, Ankita Mishra and her eight friends, all of them students of Bharatiya Vidyapeeth Medical College Pune, raised more than one lakh rupees by healing people’s melancholy with music to purchase PPE kits and face shields for frontline health workers.

Working tirelessly from their homes in different cities, these youngsters ran a musical campaign titled ‘Dhwani’ on social media for around two months to fetch the donations. Moved by the sacrifices made by her teachers and other COVID health workers, Ankita conceptualised the fundraiser project on an e-platform - Ketto. A lead singer herself, Ankita used the musical skills of her college band members to combat the overwhelming adversities.

But, how did they impact lives? They had uploaded more than 60 music videos of popular songs in various languages on social media. These videos were made on requests of people, who dedicated the same to their loved ones in exchange of donations-sometimes as little as Rs 55, which is the cost of a face shield. The first donation was made by a student of their college itself. “It (the donation) was very special.

The 20-year-old had dedicated the song - ‘Don’t Give Up On Me’ from the film ‘Five Feet Apart’ to another classmate, who was separated from her doctor parents, deployed on COVID duty. Her friend was battling loneliness and anxiety all the more as her father tested positive,” said Ankita, who hails from Bhubaneswar’s Nayapalli area. It was around May when Ankita and her friend Vani Ghai conceived the project as healthcare facilities across the country were facing a scarcity of PPE kits.

With the help of other band members residing in different cities, they composed musical covers from scratch. 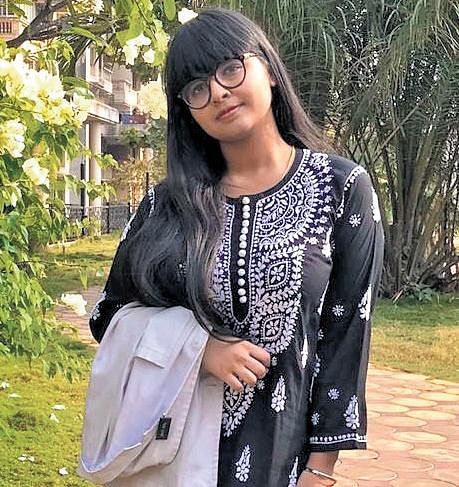 “We didn’t use any Karoke. We had five musicians and four songs. We made customised music videos as per people’s requests. We used their photos or videos to add a personal touch. The video was something that they could preserve as a memory from the lockdown days. Thereafter, we posted it on social media as a surprise for their loved ones,” explained Ankita.

They were amazed to witness support pouring in from various individuals. “We were excited to have collected Rs 28,000 on the first day. We also received suggestions for 15 to 20 other songs. This boosted our confidence and we continued our effort,” she added. On an average, each of their music videos had more than 3,000 views.

They also collaborated with students of institutes like ISSER Pune, IIT Delhi, Lady Shriram College among others to reach a bigger audience under a sister project titled ‘Dhwani Duets.’ Once the funds were collected, it was used for an initiative called ‘Combat from Home.’ As part of this initiative, a database was created of all COVIDhospitals, isolation wards, NGOs and care centers across the country. “We had compiled the database with the help of our seniors and other doctors,” she added.

When the facilities listed in the database required PPE kits or face shields, the donation money was used for buying the gears. Thereafter, these kits were shipped to different destinations. For instance, they provided 300 face shields to Karnataka Government, which was conducting a training session of healthcare workers.

Next, they supplied over 1,000 PPE kits to the doctors of Greater Mumbai Municipal Commission Healthcare. “We will send 500 kits to a COVIDisolation ward in Palghar next. Around 150 to 300 PPE will be sent to Kasturba Medical College Manipal,” she added. Their campaign ends on August 2. But, Ankita and her friends-Vani, Nitin Bhawnani, Varad, Nikhil, Gary, Aranyak, Krishnam and Lopamudra, are now looking forward to create a fundraiser department.

The efforts of Ankita and her friends were also shared by actor Priyanka Chopra on her Instagram handle. 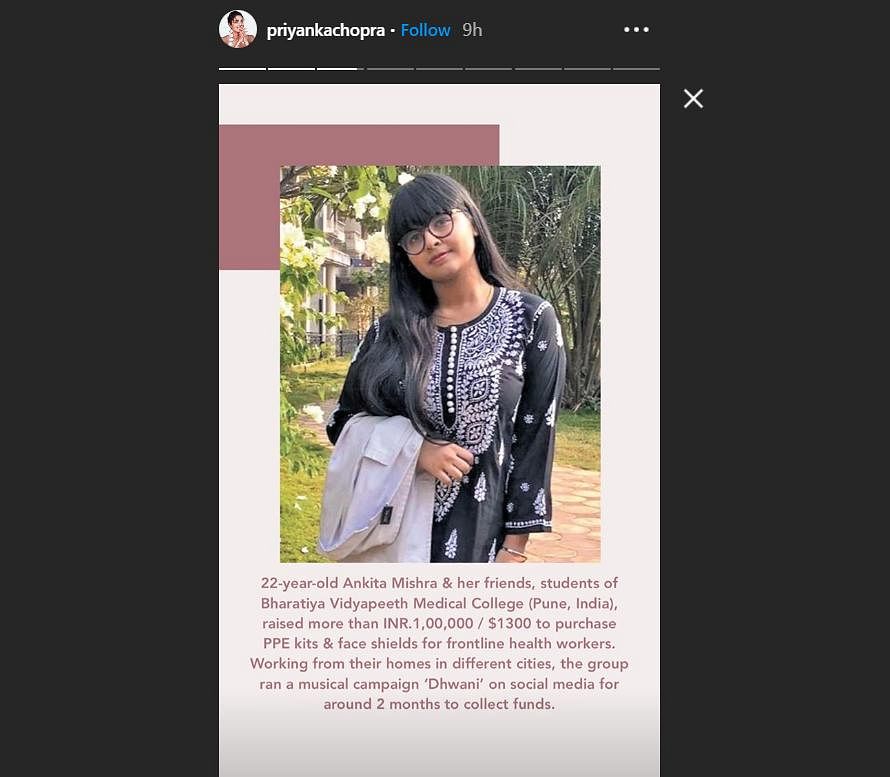