HYDERABAD:  A constable, B Rajya, from Moghalpura police station, has been receiving a lot of praise after she went out of her way to feed a homeless, 19-year-old woman and took care of her 15-day-old daughter without a second thought. On Friday afternoon, Rajya, along with her team, rushed to the spot from where they had received information of a baby being abandoned. Along with the baby, they also found her young mother, Sana Banu, in a very poor condition. The team brought both of them to the police station, where Rajya nursed them.

“It looked like they had not eaten anything for days, Banu could not even walk or talk properly. Even when we offered her food, she could not eat and was not even in a state to feed her baby. I could not bear it. I am also a mother, of a 13-year-old daughter and a 10-year-old son. It felt like my children were in pain and I had to feed them. I fed milk power to the baby girl and proper food to her mother, who was very reluctant to eat,” said 32-year-old Rajya. 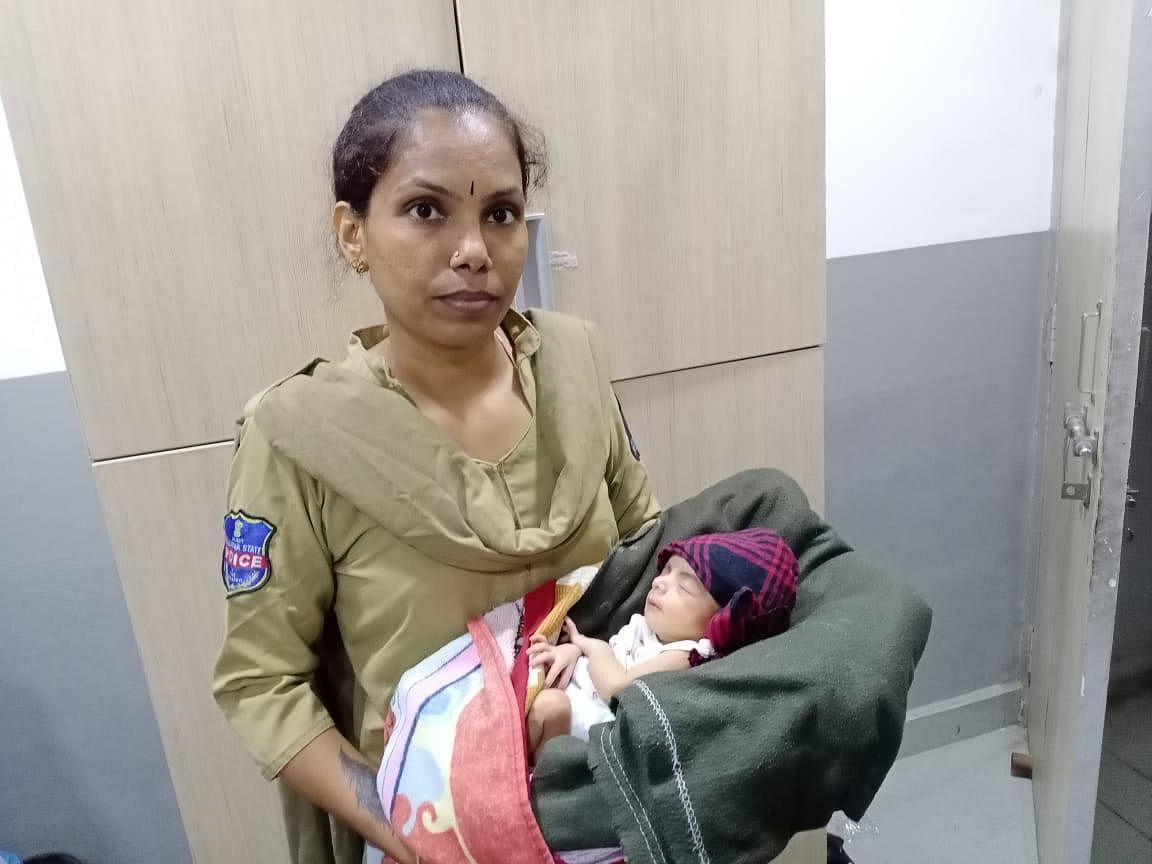 Rajya’s heart-warming gesture went viral after Police Commissioner Anjani Kumar also lauded the Inspector on Twitter on Monday. “Our lady constable officer could not resist herself and brought them to PS and fed them with her own hands. It was an emotional moment for many present there. Felt so proud of the colour khakhi,” the Commissioner tweeted.

On the appreciation coming her way, Rajya said, “I did not expect this kind of love and affection from so many. I did what I felt as a woman and as a constable on duty.” Police said Banu is an orphan whose husband died when she was two months pregnant. Since then, she has been homeless. The mother and child have now been sent to an orphanage.

More from Good News.
Now we are on Telegram too. Follow us for updates
TAGS
B Rajya constable hyderabad Police homeless woman