IPS officer Vikas Vaibhav makes it a point to visit places in Bihar to pep up people on the verge
of losing hope, writes Rajesh Kumar Thakur

BIHAR: Bihar was once a centre of learning across South Asia – Nalanda University alone sheltered around 10,000 students in the 5th century. So, inspiring the youth of modern Bihar in that historical perspective can be very easy – if you ignore the intervening 1,000 years of Nalanda’s decline.

The crisis at the present is too complicated and the past too distant to shine light on the way ahead. That’s the reason why an IPS officer of the 2003 batch has launched ‘Let’s Inspire Bihar’ for the youth. The IPS officer leaves his comfort zone on off days and interacts with the youth living in different parts of the state. Most such youths feel let down by the present social and employment tensions.

Vikas Vaibhav, Inspector General currently posted as special secretary (home department) in Bihar, a graduate from IIT Kanpur with a bright academic record.  “History is a part of human existence that not only inspires people but also moves them to script a success story”, he says, adding his ‘Let’s Inspire Bihar’ is an attempt to tap the hidden potential of the youth. 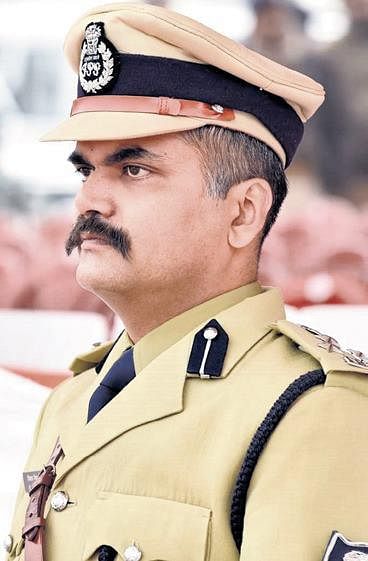 Differently abled Pratibha Pathak, 25, is one such example who has started a new life of courage.“There were days when I cursed myself for my failures, but when I met Vikas sir, I realised how close I was to myself,” she said.  “I try to present examples of struggles and successes from our history, scriptures and various sources of history,” says the officer. He is credited with transforming crime-infested Bagaha forest areas into a land of learning when he was the Superintendent of Police. He began ‘Let’s Inspire Bihar’ with youths chanting Swami Vivekanand’s words: “All capabilities are within you”.

Vikas Vaibhav says citing his experience with the campaign that most youths don’t have role-models, so they lack confidence. He says he also uses social media platforms to help the youth, by writing on the history of the state and other aspects of cultural, social, educational, scientific and democratic grandeurs. “What makes our interaction with Vaibhav sir most inspiring is his way of projecting the talent already present in us,” says Kishlay Kumar, a youth, who sees his salvation through the officer’s 3Ds desire, dedication and determination.

The officer has his own Twitter following. He quotes an inspiring verse from the Vedas on his Twitter handle and through blogs takes youths to travel through the historical lands of India. His sincerity and performance in the police service got him the IIT Kanpur’s prestigious Satyendra K Dubey Memorial Award-2019. Around 20,000 youths from Vaishali, Begusarai, Bettiah, Motihari, Muzaffarpur, Nalanda, Barh, Lakhisarai and Sheikhpura have so far been inspired by the officer ever since he launched his initiative four months back. “I want to continue with my initiative cutting through caste considerations.” he said.

Now we are on Telegram too. Follow us for updates
TAGS
Nalanda University Bihar Vikas Vaibhav