CUTTACK: For 18-year-old Rina Bagha, who works at a welding shop in Bhubaneswar to eke out a living, winning a competition hosted by none other than NASA was just beyond her dreams.

It was conducted by NASA to encourage research and development of new  technology for future mission planning and crewed space missions.

The team created a land rover, named NaPSAT 1.0 that can land on other planets and traverse on different kinds of terrains for space exploration.

“I could not pursue education after my school because of financial problems but this disadvantage could not hamper my love for science. Winning such a huge competition conducted by the world’s greatest space agency is an achievement of the life time for me”, said Rina. 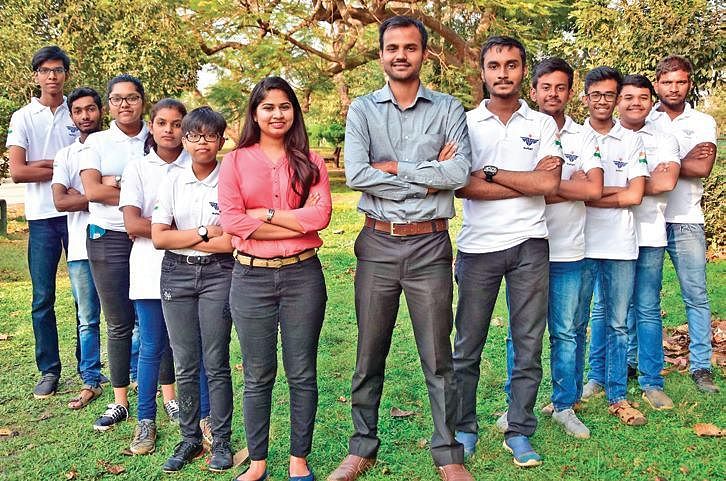 Like Rina, 18-year-old Kailash Barik, a cycle mechanic from Mayurbhanj and Danda Pani Patra, who was working as a welder in Bangalore and had returned home during the pandemic, were part of the team that was chosen for the competition by engineer and educator Anil Pradhan.

The other students were Kanuri Varshini, Nitesh Patnaik, Ankan Mondal, Anjishnu Patnaik, Shreyansh Vikash Mishra, Tanvi Mallick and Rishikesh Nayak, all in the age group of 17 to 18 and studying in various schools in the State.

This is also the first ever high school team to have participated in the NASA Challenge.

“We started preparation for the competition during the pandemic. It was difficult because we had to work remotely following the outbreak of the coronavirus. Pradhan sir had explained us the design of a land rover and we were provided kits to make various parts of the machine at our home”, said Varshini, adding that the machine was assembled at the International Public School For Rural Innovation (IPSRI) which is run by Pradhan at Cuttack’s 42 Mouza.

An alumni of VSSUT at Burla, 24-year-old Pradhan along with his colleague Vaishali Sharma, a civil engineer, launched Navonmesh Prasar Foundation in 2018 to cultivate the spirit of curiosity and innovation among the young minds.

“For the past two years, the foundation has been trying to create a team to get into the NASA Rover Challenge but we could not make it. In 2020, we selected 10 children from across Odisha and trained them for the challenge. Our NaPSAT team was chosen in the selection round,” said Pradhan.

Speaking about technicalities of the land rover, Ankan said the machine can move on the surface of Mars and handle the weight of two persons while traversing the surface.

Now we are on Telegram too. Follow us for updates
TAGS
NASA Navonmesh Prasar Student Astronomy Team NaPSAT