A recipient of Padma Shri, Chhutni Mahto, continues her fight against the social scourge 25 years after she was branded a witch and underwent all kinds of brutalities, writes Mukesh Ranjan.

JHARKHAND:  She  survived several attacks and was forced to take shelter under a tree after being branded a “witch” and thrown out of her house by her in-laws. Chhutni Mahto bounced back to life to wage war against “witch-hunting” and protecting innocent women from being killed. According to Chhutni, even the police did not help her when she went to lodge a complaint against her in-laws. This led her to form a group of 70 women and start a campaign against the social evil —witchcraft.

Ever since she shifted to her paternal house 25 years back, she has rescued more than 125 women – all victims of torture and branded witches. Chhutni, now 63 years old, wants the social evil abolished. “I was married into a joint family at Mahtandih under Gamharia police station in Jamshedpur in 1978. I wanted the children in the family to study, which went against the elders’ interests.

That was the beginning of my bad days. When one of my neighbour’s daughters got sick, people started suspecting me of practising witchcraft and called the panchayat where I was suspected as a witch in September 1995,” Chhutni recalls. “Some people from my inlaws side along with villagers barged into my house and tried to rape me. A panchayat was called again, but no action was taken,” she says. Her torture continued for three days following which the panchayat imposed a fine of Rs 500 on her for practicing witchcraft. “I was forced to pay up, but it did not stop there. 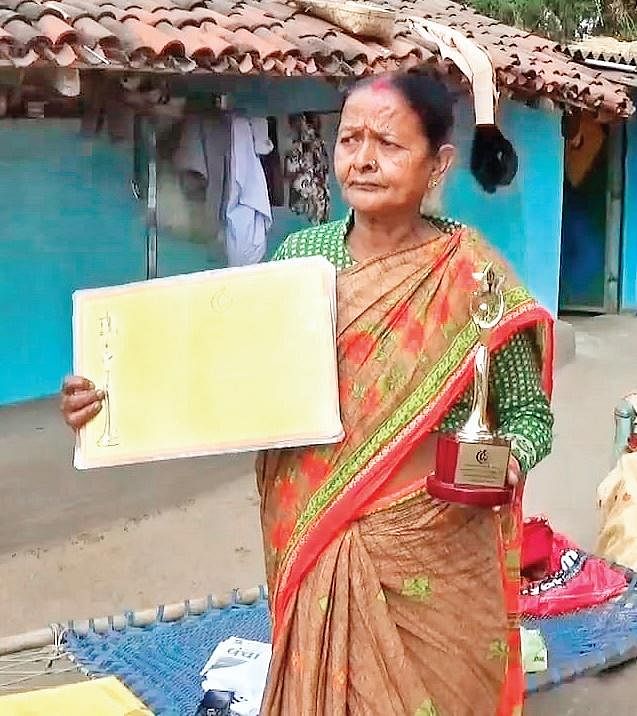 One night, the villagers called an exorcist who wanted to force me to consume human excreta to get rid of my ‘spell’. They could not succeed,” said Chhutni. After humiliating her in public, her in-laws branded her a witch and dragged her out of the house along with her three children. She b e c ame homeless. “No one came forward to help and I was forced to spend nights under a tree. I walked miles along with my children to reach my parents’ place who took me to Gamharia police station where the police refused to register my complaint,” says Chhutni.

The brutality turned her life around. It took her five long years to recover from the shock. Then, she launched a campaign against the social evil in the year 2000 by uniting 70 women living in the region. “I came in contact with a civil society group ASHA which gave me a mission of my life,” she says. She now runs an organisation which has helped several women like her and also arranged their rehabilitation. “So far, I have rescued and helped in the rehabilitation of more than 125 such women coming from Chatra and East Singhbhum and Saraikela districts,” says Chutni Mahto.

She says “witchcraft” is a superstition which needs to be eliminated from society by launching intensive awareness drives. Even after having been abandoned by her husband, Chhutni still puts vermillion on her forehead, thinking one day he would be proud of her and accept her back. This year Chhutni has been awarded Padma Shri for her fight against the social evil. She says her mission will continue till her last breath.in Women from neighbouring states approach Chhutni seeking her assistance in many such cases. Some women recently came to her from Sadakchida in Odisha seeking help against witchcraft. “We are followers of Guru Mata, so our way of worship is different from theirs.

They have been torturing us on that account for the past over three years and not allowing us to plough our paddy fields. They are threatening us to leave the village or lose our lives,” said Rina Mahto. These women stayed with Chhutni for three days and returned with an assurance from her that she would visit their village and find a solution. Local representatives have lauded Chhutni’s work. “She understands their problems,” says Beerbandh Mukhiya Ghanshyam Hansda.

Now we are on Telegram too. Follow us for updates
TAGS
Jharkhand Chhutni Mahto witchcraft