They are reporting stress and anxiety over choosing the right school. Some are close to having a nervous breakdown.

BENGALURU: Admissions to schools are open now, and parents are stressed trying to choose the right one for their precious ward. Should they pick a school that goes with Reggio, Waldorf or Montessori method? Or should they go with a school that goes-by-the-book? Should they send their child to a school that encourages their inner artiste or another that tells him or her to get down to business? These are confusing times and psychologists say that distressed parents are heading to their centres. Priya Dinesh, a psychologist, says that parents often worry about their toddler’s school and go through several blogs, discussion boards online and even refer books curated for parents to help them teach their child in a smarter way. "The tension faced by such parents is unexplainable," she says. "Mothers seem to be close to a nervous breakdown and ask me how to cope with stress.  Often such young mothers suffer from high blood pressure, turn diabetic and start showing symptoms of thyroid disorders. I don’t really have any particular remedy for this, I simply tell them to relax and let their children be. But these days every parents wants the child to stand out of the crowd.”

Dr. Anvekar Mayachari, another psychologist who specialises in family counselling, says that even parents of primary or upper-primary schools report anxiety in choosing the right school. “Parents want to put the child in the best school. But they don't know which is the best in a particular city and many opinions confuse them," she says. "Apart from that they want to admit their wards in a school that focuses on interschool contests, academics, extra-curricular activities and sports. If they overlook any one of these, they are questioned by their neighbours, colleagues, relatives and friends." This constant need to tick all the boxes causes them to fall ill and even ends up in fights at home.

Mansi Sinha, who has a seven-year-old son, says that she is confused whether she made the right decision by sending her son to a regular school that emphasises on grades and academics. Her friends have been sending their little ones to a school that believes in "all-round development" of a child. But Manasa worries that her son may fall behind, later in life, without the tried-and-tested methods.
Swapna Kuncham visited different playschools before enrolling her four-year-old daughter in one. She wanted the school to place equal importance on academics, extra-curricular activities, social skills and teacher–student interaction. 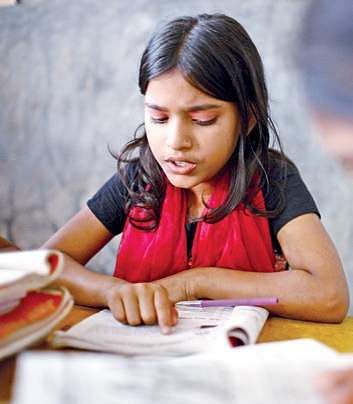 Parents often enroll their children into alternative schools with great enthusiasm but later pull them out when they fall behind in academics. They are driven by fear, uncertainty and pressure from the family and peers who lack understanding on the changing needs of a child, says and a lack of understanding young children and their learning needs contribute to this, says Swapna. Then there are the elite schools, who draw parents with their promise of 'wider exposure' and enviable facilities for the child.

Rashmi Sudheer, who considered enrolling her daughter in one of them this year, says that she reeled back in horror when she heard other parents discussing what their children talk about at school. “My friend decided to take her son out of his previous school because he would return home and ask things like 'my friend comes in an Audi, why am I made to travel by a bike?' or 'he went on a vacation to Singapore, why haven’t I been there?'”

Many methodologies for alternative schooling

Divya B A, a Waldorf childhood educator, often gets queries from parents regarding what kind of school to choose. “Today, several parents seek schools for their children and are in the lookout for meaningful alternative ways of schooling. They seek an environment where the child will learn to think independently rather than simply learning by rote. A few methodologies have been gaining momentum from some years now and are worth exploring. They include the Montessori method, the Waldorf method and the Reggio method," she said.

Running for the 'super parent' title

Apart from admission worries, parents are burdened by school work and having less time for themselves. Psychologist Priya Dinesh says that parents often worry about the evenings being consumed by school work and a stressful night ahead. She says, “Take for example one of my clients who is the mother of two teenage boys.

She complained about not only having to get the boys to do their homework and study for their tests but also act as a mediator when they fight for her attention. She had to struggle between housework, help them with their individual assignments and manage and plan her day as well. Often such young mothers suffer again report health troubles.” Dr Anvekar Mayachari says that both parents are obsessed with winning the  ‘super’ mom and ‘super’ dad titles.

“While trying to be the perfect parent to their children, they also try to be a good employee, nice homemaker, good spouse and on top of that juggle the finances at home to meet the children’s needs. A lot of pressure also comes from the older generation, probably grandparents or an aunt or an uncle who starts to compare their parenting times with that of the present generation. Truth be told, times have changed and it isn’t right to measure yourself against anyone else,” he says.

Now we are on Telegram too. Follow us for updates
TAGS
school admission nervous breakdown therapists