This is a work of fiction as well as non-fiction, an in-between novel by an in-between writer,” writes Amitava Kumar at the closing of his deceptively simple novel The Lovers.
At first glance, the story is a search for love through the convenient handles of a travelogue. You meet Kailash, or AK or AK-47 as his friends lovingly call the protagonist. He is one of the many who come to America as fresh immigrants eager to prove their worth. 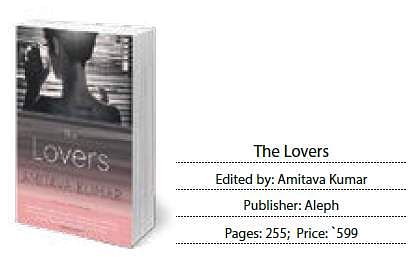 You meet the women in his life: Jennifer and Nina and Cai Yan. To get a flavour of the political undercurrents, you meet the charismatic professor Ehsan Ali (modelled on the real-life Eqbal Ahmad).
This present day modern novel brings together the story with reportage, anecdote and annotation, picture and text, fragment and essay. The range of fragments drawn together includes such diverse quotes, as Joseph Heller’s: “Fat little f*** Henry Kissenger,” standing along with Gulzar’s immortal: “Saaman lauta doh,” or Jamshedpur-born Lawrence Durell’s epigraph: “There are three things to be done with a woman. You can love her, suffer her, or turn her into literature.”

AK was experiencing a failure in all three of these free-ranging domains as he takes the reader to “the Functional Motels—clean, neat, safe nooks, ideal places for sleep, argument,
reconciliation, insatiable, illicit love”.
He phones his parents in Bihar, half a world away. The phone rings in Patna in times when few had phones at home.

Calls or letters written on the blue aerogramme unfailingly open up new dimensions in a world left behind if not almost forgotten. AK returns to his apartment to find a letter from Patna informing him it had been a matter of great hurt to the family that Lotan Mamaji had died under unfortunate circumstances.
As the news unfolds, it becomes obvious that half way across the globe, Lotan Mamaji hadn’t died alone. His adopted son Mahesh had also passed away. The truth is revealed months later: Mahesh had murdered Lotan Mamaji. He was the son of the woman who was Mamaji’s mistress in Dhanbad. So Mamaji was dead and Mahesh was in prison.

As AK mourns, it seems as if he grieves for his own childhood.
Newer horizons unfold to prove that no exile, worth his salt can ever hope to escape the consumption of the soul or the impossibility of return ‘home’ to the one you have left behind, where the past has slammed the door shut and thrown away the key.