Settling down in God’s Own Country, Palghat Iyers prospered even though they were outsiders.

Between the eighth and ninth centuries, an intrepid group of Iyers made their way to the 20-mile-wide Palghat gap in the Western Ghats, from the borders of Tamil Nadu and into the fringes of Kerala. Settling down in God’s Own Country, they prospered even though they were outsiders. Go looking for them 12 centuries later, and you find a people who have held on to the bonds of their own language, customs and culture. 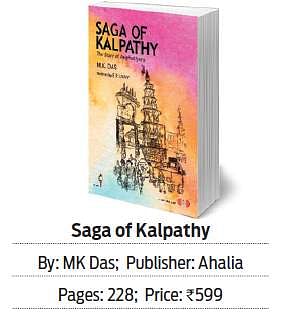 “The history of civilisation is written largely in the history of its ports,” wrote Robert Bislow. And Kerala has plenty of them on its palm-fringed shores. Stories survive of exporting gems, pearls, precious stones, ornaments, ivory and spices. Emperor Nero adorned his shoes, beds, and chambers with pearls and ivory. Another legend has Julius Caesar gifting a bagful of spices to Brutus’ mother as a token of his respect.

After 1381, the Jews befriended the Raja of Cochin, who in turn, took them under his wing, giving them land near his palace in Mattancherry where they built a synagogue. That’s all that remains, along with the cheek and jowl settlements on Jew Street.

After the Portuguese exit, came the Dutch to be followed by the British. The Jews prospered, dealing not just in spices, but setting up a coir factory in 1658. Later, the Jewish family, the Kodars, brought about a revolution of bringing electricity to Fort Cochin.

The first wave of ‘Tambrams’ brought in scholars, priests and teachers. However, by the late 17th and 18th century money sharks arrived. They lent money to peasant’s pledging their land holdings. Thus began the land grab.

Soon after, the Land Reforms Bill was introduced to right this historical wrong. Worst-hit was the Tamil Brahmins of Palghat. Some of them had bothered to acquire other skills to survive. A tale explains this instinct best: “How can you stay so cool despite not getting a promotion?” An ambitious officer asked his middle-aged Tambram secretary.

“Sir, it is quite simple. On a cold day, when the hearth is lit, the best place is not too close to fire, so you don’t get burnt. Nor be so far away that you would get cold.” That, more than anything else, effectively sums up the attitude of the Palghat Iyers. EP Unny’s charming sketches add to the immense readability of this well-researched book.