CHENNAI: For my children and all the children of Pakistan for whom the country needs to be reimagined’ writes author and Pakistan’s leading dissident public intellectual Husain Haqqani in the preface of his new book — Reimagining Pakistan: Transforming a Dysfunctional Nuclear State.  In a tete-a-tete, the Pakistan’s former ambassador to the United States, who was recently in the city for the launch of his book, tells us why the country should shed its ‘crisis state’ image and calls for a bold re-conceptualisation of Pakistan. Excerpts follow. 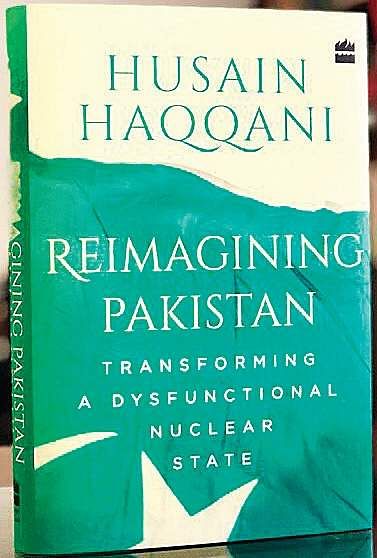 After authoring four books on Pakistan in 13 years and exploring different horizons, would you call this your magnum opus?

Certainly! Reimagining Pakistan…is not something that I just started working on post my previous book, India Vs Pakistan: Why Can’t We Just be Friends? (2016). For many years, I have been thinking about how Pakistan can change its direction. In my introduction, I make the argument:  ‘95 per cent of Pakistan’s 210 million people were born after partition, as Pakistanis’.

So, they cannot easily give up on their home. Yet, the country’s dysfunction is something that we need to address for their sake. In my previous books, I have been tracing what has gone wrong in the country and it reaches a crescendo in this book. I offer suggestions and ideas on how the country can reconsider its ideology and identify its national purpose greater than its rivalry with India.

Do you think Pakistan can survive while being different from what it has been so far?

Yes, the book throws light on how it can. It is necessary for Pakistan to realise that there are countries that don’t have long histories…some have a relatively short one. So, it’s important to reconcile to the short history instead of trying to fabricate it.

Some school students are taught that the idea of Pakistan was born when the first Muslims came to the subcontinent, without realising that the first Muslims came in the South, most likely in Kerala. That kind of propagandist, artificial history does not enable a country to come to terms with reality. Pakistan has to stop thinking of it as an ‘ideological state’.

There’s a famous social scientist, Benedict Anderson who wrote a book called Imagined Communities.  In the book, he argues that nations are imaginary communities and are brought together by shared imagination. For instance, you don’t know everyone who is Tamil but, the language, culture and imagination makes you think that you are part of the same community. So, if nations are imagined communities and Pakistan is a recently imagined community then, it’s time for it to reimagine itself, so that it can be a healthier nation than it has been in the last 70 years.

Are you channelling the thoughts of the young people of Pakistan?

Well, I certainly know the questions in the minds of young people. Some of the smartest and brightest Pakistanis have to live outside Pakistan to survive. Malala Yousafzai, the youngest Nobel Prize laureate, is Pakistan’s child but, she doesn’t live there because of the thereat to her life. They want a country that’s different than what it has become — militaristic and infested by militants. I have attempted to answer  a lot of questions for the younger Pakistanis to the best of my abilities (smiles).

Addressing a myriad of problems and suggesting solutions would have been a herculean task. What will your next narrative address?

Well, I am going to pause from writing about Pakistan for a while. I want to write about other projects — the intellectual history of Islamic movements in the 19th and 20th century, and the leaders in the Muslim world, who thought different. I will let the idea that in the book, be absorbed and understood both, by the young generation of Pakistanis and other countries that have to deal with Pakistan. There is a universal census that if it doesn’t change, then it will remain a ‘troubled state’. It may not collapse, there is a lot of difference between surviving and succeeding.