The life and times of a street dog

Have you ever loved someone so much that you wanted to write stories about them? Fourteen-year-old Anjali Venkatesh’s affection towards dogs motivated her to write a book. “

CHENNAI : Have you ever loved someone so much that you wanted to write stories about them? Fourteen-year-old Anjali Venkatesh’s affection towards dogs motivated her to write a book. “We had a Dalmatian named Mila. She grew up with me, and died when I was in class 4. I am a dog lover and it’s hard for me to turn away from dogs. So, I decided to write a book that shows the lovable and the tougher side of the animal,” says Anjali.

Her book, Cleo: Confessions of a Street Dog, was recently released in the city. “In the book, I have drawn parallels between the way street dogs and humans live their life,” she says. She has also spoken about an instance, where a couple of friends tease a dog but have to eventually face the consequences. She mentions the importance of having fun with your dog but one should always remember to not cross the limit. 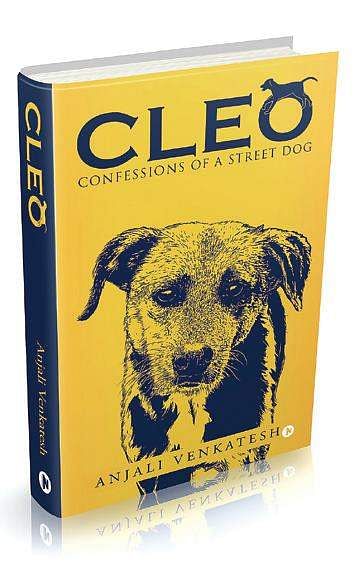 Anjali is an avid reader. During school breaks, she preferred to bury her nose in a book while teachers would have to drag her out to play. Taking inspiration from writers like JK Rowling, Enid Blyton, Rick Riordan and Arthur Hailey, Anjali has written short stories and screenplays for many plays for her school theatre group.  ‘Cleo…’ took about a year for her to write, rewrite, edit and publish.

During the writing process, the young author found it challenging to stick to the word limit and keep up with deadlines. She got help from her father, Venkatesh Krishnasamy, who is also a writer. “He gave constructive criticism and corrected me with the choice of words. My mother too helped by pointing out silly mistakes,” she adds.

Anjali idolises JK Rowling and wishes to write like her some day. “I want to construct a character like Snape. It amazes me how she visualised it so well — she got the readers to hate him in the first six books and then to love him in the last. She also manages to connect with all age groups,” she shares.
She recently started reading Tamil literature, and says she likes how the emotions are conveyed.