Markus Zusak was in the city for the launch of his latest book Bridge of Clay.

CHENNAI: On Friday evening, a bunch of book lovers gathered at Starmark in Express Avenue for an interactive discussion with Australian author Markus Zusak. He was in the city for the launch of his latest book Bridge of Clay. It was rather a fun-filled session than a mere literary conversation. The much-anticipated novel was released after a gap of 13 years after his bestseller The Book Thief. 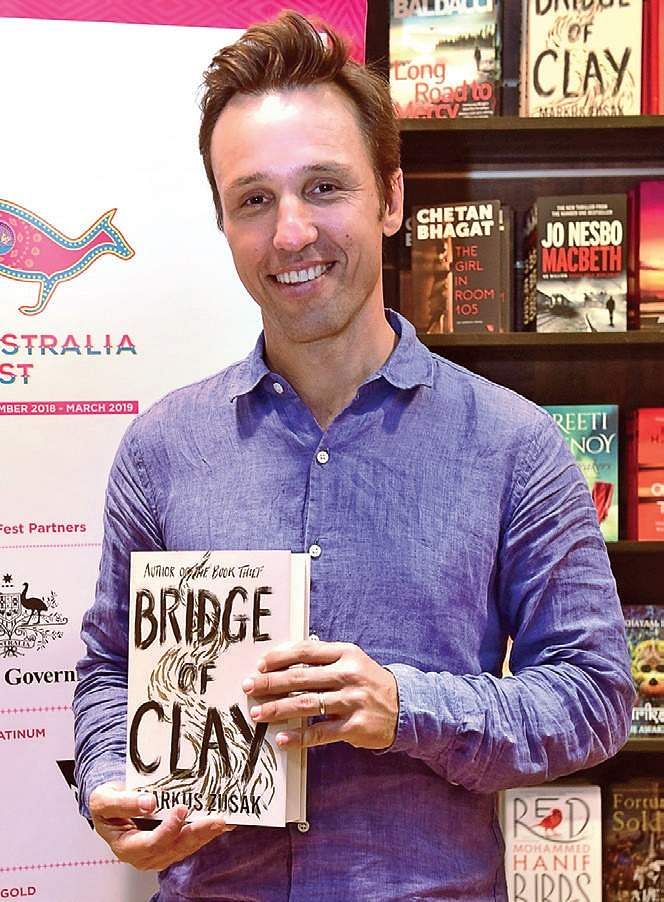 Bridge of Clay is a story of four siblings of the Dunbar family. We learn that the story is of a reconciliation of a family after a bitter past. The childhood memories of growing up in the suburbs of Sydney with a large family sort of snowballed into an idea and finds its place in Markus’ novels. “I’m the fourth among my siblings. I love noise and chaos. Likewise, there are many characters in the book, and there are 100 chapters. I don’t want to categorise it under a particular genre or for a specific age group. It is for all,” he said.

Clayton Dunbar, the protagonist and the fourth sibling, builds a bridge for a multitude of reasons — for his brothers and to honour his parent, but it’s also an attempt at greatness. He builds a bridge to save himself, and to make a single, beautiful moment: a miracle and nothing less. “I changed the title from ‘Clayton’s Bridge’ to the ‘Bridge of Clay’. It’s a wordplay — clay is his name and a material. He moulds his life into the bridge. Matthew, the eldest sibling, is the narrator,” added Markus.

The author calls his wife the unsung hero of the book. She was his constant motivation to finish the book after a long gap. “The Book Thief was an ambitious project after which I involved myself in smaller projects but they seemed meaningless to me. I have high hopes for Bridge of Clay and a lot has gone into the book right from the words put into every sentence. The language is memorable and I’ve been told that my writing and characters impact the readers. We’re all stories,” he said.

Like The Book Thief, this one too has a few historical contexts. There are symbols, sub-texts, and figures of speech. Among the highlights is a couple of letters weaved in the book thereby adding an emotional touch.

The author was here as part of the Australia fest, a six-month celebration of Australin culture and creativity. ‘Bridge of Clay’ is available at book stores and online portals.

More from Books.
Now we are on Telegram too. Follow us for updates
TAGS
Markus Zusak Bridge of Clay The Book Thief