Have you always been fascinated with history?
Yes, I have always been a history buff. There is something about the past that exerts a strong pull over me. Even as a teen, I tended to develop crushes on the likes of Prithviraj Chauhan, Alexander the Great, Julius Caesar, and Lord Byron rather than celeb heart-throbs or the boys in school. There is something about the shards of romance, violence, victory and tragedy randomly preserved in the sands of time that is somehow endearing and exciting.

What attracted you to Muhammad Bin Tughlaq?
Since, Tughlaq is one of history’s quintessential bad boys, it is hardly surprising that he captured my fancy as early as grade VI and remained lurking in the periphery of my consciousness, biding his time, till I was ready to give him my undivided attention and take up the challenge of writing
this book. 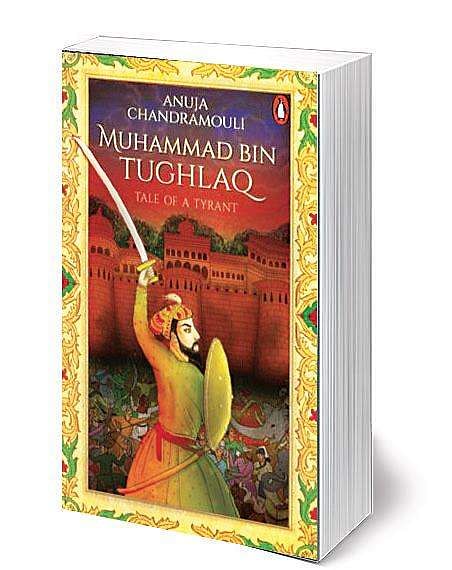 Why is he misunderstood?
All of us like success stories. We are charmed by those who are larger than life, charismatic personalities who give the impression of success even if that may not necessarily be the case. On the other hand, we are harder on those who fail. With Tughlaq, I think it is unfortunate that the likes of Ziauddin Barani, Ibn Battuta and Abdul Malik Isami dwelt so scathingly on his failures without bothering to even attempt a balanced perspective. In my opinion, Tughlaq was deserving of their ire with regard to his track record for savagery as well as his reckless eagerness to implement grandiose schemes without bothering with careful execution, but he also did much that was commendable, which deserves to be remembered.

How difficult was it unearthing the real Tughlaq?
It was a bit of a struggle to find the precious nuggets of information that provided invaluable insights on the man behind the much reviled monarch. But I kept at it, and my quest proved to be very rewarding as it allowed me a glimpse across time at a truly remarkable persona.

What were the challenges?
The challenge lay in deciding which among the chunks of information unearthed had to be retained and what had to be discarded. This had to be done in the interest of fleshing out a believable character from the past, without compromising on scholarly integrity while also making him relatable to the modern reader.

Were you worried about how this ‘new’ Tughlaq would be received?
Somewhere at the back of my mind, there was the faint worry that I was playing with fire but I swatted that irksome thought away from my consciousness and concentrated solely on doing what I had set out to do. Having done as much, I am proud of my Tughlaq and stand by every word I have written.

How much creative freedom did you allow yourself?
Given that centuries have elapsed since Tughlaq’s time, there is much about him that is lost irretrievably to time. I filled in the gaping holes with my imagination, educated guesses, Tughlaq’s own inputs as he took shape in my pages and considerable creative licence.

Did the feminist in you steer its head and heart while researching the women in Tughlaq’s life?
The feminist in me is always appalled at the paucity of scholarly documentation on key female historical figures and I do my best to amend this.

Why don’t we see your books being developed into films?
Hopefully, it is only a matter of time before my books traipse onto the big screen. In fact, while working on Tughlaq, I couldn’t help thinking that Shah Rukh Khan would be perfect for the part. He was amazing as an anti-hero in Baazigar, Darr and Anjaam. Of course, if Aamir Khan or Ranveer Singh are interested in bringing Tughlaq to life and get into a bidding war for the film rights, I won’t complain.

What are you working on next?
A mythology project.

Which author would you like to have coffee with and what would you talk about?
George R R Martin. I would plead with him to complete his brilliant Song of Fire and Ice.
Your favourite reading nook.
Any chair with a cushion and a footstool would do
Favourite lines from a book.
‘Nolite te bastardes carborundorum’, from Margaret Atwood’s The Handmaid’s Tale
One character you go to when you need a friend.
Krishna
One book you can never finish.
The Inheritance of Loss by Kiran Desai

Now we are on Telegram too. Follow us for updates
TAGS
Anuja Chandramouli