'The Cliffhangers' review: A metaphor for the present state of affairs in the nation

The fable unfolds, a tourist is raped in Kadaloor, a tranquil fishing village on the southern coast of the country.

The Cliffhangers are four teenage boys: Usma, Thaha, Jahangir and Moosa, of more or less the same age, give or take a few years. They have had a smattering of an education but are more in the manner of school dropouts who love to hang around the precipitous cliff abutting their coastal village in Kerala. Not much for them to do around there as they are outcasts to their own community. Their guilt is the free-wheeling lifestyle; what with their accosting foreigners and their making friends with Hindus.

Very thinly veiled, this slim debut novel is a metaphor on the calamitous dilemma that the nation confronts in our times—do we retreat from the darkness that our democracy finds itself in? Or, do we turn back; or do we take the plunge and risk destruction? 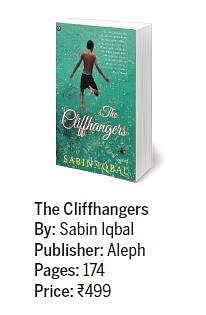 The fable unfolds, a tourist is raped in Kadaloor, a tranquil fishing village on the southern coast of the country. Of course, the chief suspects are none other than the Cliffhangers, who, as they try to prove their innocence, find themselves gaping at the fault lines that have begun to divide the Hindu and Muslim fishermen. The growing communal tension coupled with the search for the actual rapist see the village dangle on the edge of the chasm. Thus far the two communities have lived in peace and harmony. Nonetheless it is, at best, a delicate peace, that could crumble like ‘papadums’.

The Cliffhangers is a fictional account of the tinder box that we sit on. A single spark can start off a conflagration. Naturally, the dark mantle of suspicion settles on the innocent boys because of their faith, where not a word on either side is said and guilt is presumed.

Add to the cauldron, the disturbing news from North India that brings tidings of the lynching of a man suspected of storing beef in his fridge. The boys try to grapple with this new emerging bipolar world in which you are damned for what you eat and pilloried for what you believe in regardless of whether you observe your faith or not. Hate is a blindfold that makes up your mind before you do.

Unless, of course, you happen to be Sub-Inspector Devan. He finds that the culprit is actually a lemonade seller, a member of the right wingers and dreads the tsunami that would hit the shores of the little coastal village if he were to pick up a member of the majority community in these turbo-charged times! The policeman prefers to choose the path less-travelled by.

True that life is stranger than fiction, but fiction helps us in unlocking the fears that haunt us. A writer like Sabin Iqbal clears the channels of frustration, anger and distress at the way things unfold with no warning. As they say: ‘If you look into the abyss, the abyss looks back at you.’