'The Man Who Learnt to Fly but Could Not Land' book review: Flights of fancy

This masterful translation is a poignant exploration of a country's rebirth and the life of idealist KTN Kottoor, a writer and activist from Malabar in the pre-Independence years.

The Man Who Learnt to Fly but Could Not Land is the English title of the Malayalam novel that won its author, TP Rajeevan, an acclaimed poet, novelist and essayist, the Kerala Sahitya Akademi Award. Translated with consummate skill by PJ Matthew, the story chronicles the life and times of Narayanan, aka KTN Kottoor, a writer and activist from Malabar in the pre-Independence years.

In his note, the author states, "It was neither from teachers nor from books that I first heard the word 'freedom' and came to know about India’s freedom struggle… Elders in the family used to narrate to us not only village myths and stories from the Puranas but also real incidents and experiences from their participation in or hearsay about the freedom struggle. Looking back, I realise that through this interlacing of history, myth and personal narratives, they were cultivating in us—certainly unknowingly—an agrarian and subaltern way of understanding history."

Reading the biography of an imaginary writer is certainly a piquant way to experience history. A bonafide memoirist can get around the problem of never knowing his subject personally by piecing together information from a variety of sources. 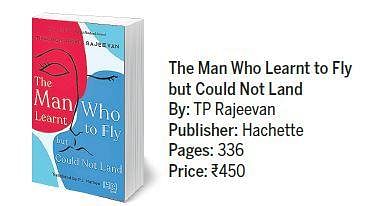 That, in this novel, all these ‘reliable’ sources comprising autobiography, letters, anecdotes, newspaper accounts, other biographies, as well as samples from the writer’s oeuvre—essays, poems, articles—are invented, too, is a sign of Rajeevan's legerdemain in seamlessly merging the biographical method with pure fancy. It hardly matters that Kottoor village exists or that KTN Kottoor never did. Within the space of 328 pages both are clearly alive, walking the walk and talking the talk—at the leisurely pace befitting nostalgia.

The rhythms of a pastoral setting are captured thus: "For Kottoorans, it did not matter who ruled them. None of the established instruments of governance, such as the court, the military or the police, had ever peeped into their lives. They had not even heard of the Zamorin or Tipu Sultan, the Portuguese or the British. Since they weren’t aware of what government was, they didn’t know what freedom meant either."

While the Congress Party, in far-off Lahore, goes public with the demand for complete self-rule, in Kottoor, the feudal lord, Kunjappa Nair, leads a procession of villagers to the summit of a massive rock where the Tricolour, held aloft by his nine-year-old son Narayanan, is planted.

Born into an influential family, Narayanan has the fabled childhood, surrounded by ritual and privilege. Having lost his mother, he is brought up by a loving widowed aunt. However, it is the untouchable woman Kunjali, who breastfed him in his infancy, and her son Nakulan to whom he is the closest.

As the relationship has the tacit support of Kunjappa Nair, whose satyagraha takes the form of anti-untouchability activism, it is unsurprising that Narayanan grows up imbibing progressive ideals, a dream "of flying".

Following the death of his father, Narayanan moves to the town where he lives under the guardianship of a relative who runs a printing press that "executed all the printing jobs of the Congress Socialist Party in Malabar".

Among them is the printing of a political monthly magazine that the 13-year-old proofreads and subsequently writes for. An early exposure to leading intellectuals, a variety of ideas and ideals, indeed the very mood of the times, shapes his writings and social activism.

Besides submitting his views on literature, he writes articles critical of Gandhi, essays on society and morals, village life,  deep philosophical musings such as 'The Nursery of Dreams' and letters to his dead mother.

Samples and excerpts pepper the pages, offering the reader an interesting smorgasbord of ideas from a mind that despite its virtuosity, remains that of a dilettante. Much like his relationships with women - there are four, including a blind wife - Narayanan’s character is hard to pin down. Not exceptional, but still a likeable, interesting man, he remains an enigma till the end.

Now we are on Telegram too. Follow us for updates
TAGS
KTN Kottoor Kerala Sahitya Akademi Award TP Rajeevan The Man Who Learnt to Fly but Could Not Land