When old is new

Aanchal Sagar Jain and her sister, Akshita Sagar, launched Ohfab about a year ago to do something they felt passionately about, to restore and revive the lost weaves and textiles.

Aanchal Sagar Jain and her sister, Akshita Sagar, launched Ohfab about a year ago to do something they felt passionately about—to restore and revive the lost weaves and textiles dying a slow death in the serpentine lanes of Varanasi. But unlike most designers their age, championing the cause of heritage fabrics and handcrafted textiles, Aanchal and Akshita are clear about one thing—they want to retain the old-world charm in their works. 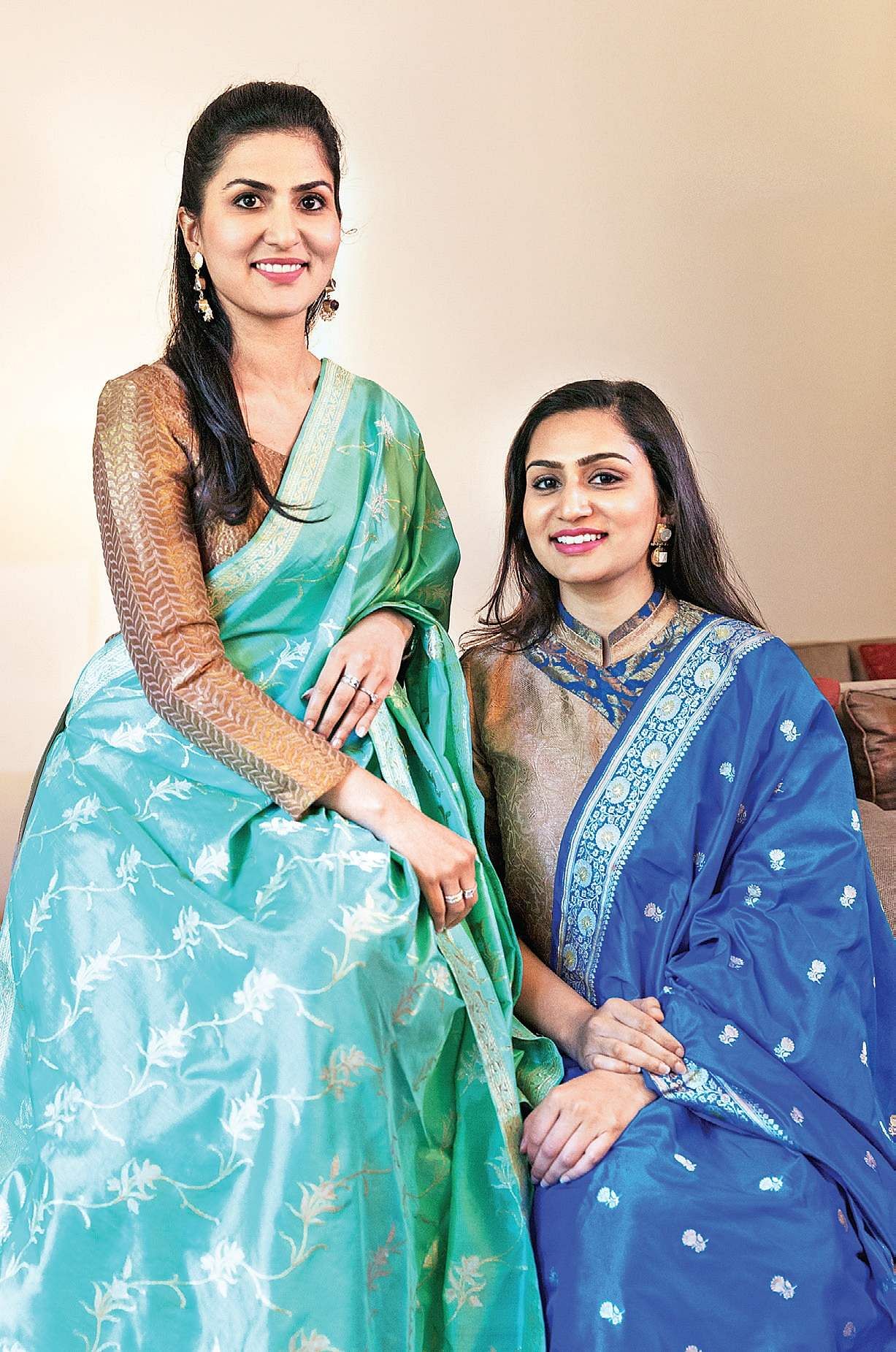 If you peek into their look books and Instagram page, it is like staring into the fragile pages of the past, brittle at a touch but with alluring vignettes of the vintage. Women in heirloom bijouterie, ensconced in rustling six yards of silken splendour, showcase the intricate workmanship of the weaver. The old-world aura is purposely recreated in every frame as the Ohfab look is a luxurious reminder of the days of yore, which the enterprising sisters have brought into the present through their painstaking efforts.

While growing up in Ambala, the sisters witnessed this love for textiles among their elders. “Our mother decked up in gorgeous handloom saris. We have grown up hearing that our grandfather developed a superior sense of style even as he travelled to different countries. Our maternal granddad, K K Nayyar, was the deputy director general of All India Radio and his aesthetics thrived in an august company of fashionable artistes at home,” says Aanchal.

Fashion was never a career choice, though. “I studied Economics from Lady Sri Ram College (Delhi) and Akshita did electrical engineering. I went to San Francisco to study luxury management and thereafter worked with Louis Vuitton for three years after my marriage. Akshita went on to do her post
graduate studies from University College, London, and probed into the fashion industry there. But both of us missed home.

We wanted to witness the process of making beautiful textiles at the grassroots level. A few years ago, we took the plunge and set off to Varanasi,” recalls Akshita, adding, “That trip changed our lives and perspectives forever. Our new collection Ibtida somewhat relates that journey.” 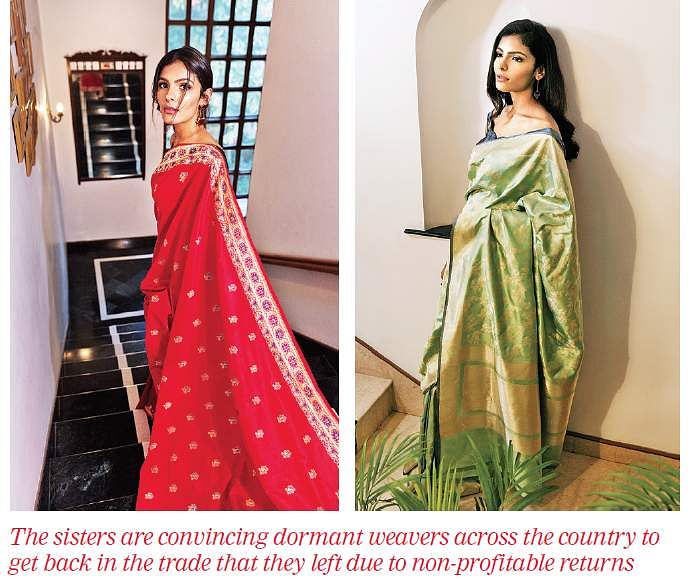 A ground study revealed to the siblings that while there were skilled artisans willing to hold on to the old techniques and design graphs, the rampant unscrupulous market mechanism riddled with middlemen curbed their creative instincts.

This led to the gradual extinction of the old designs. “When we went through old swatches in their little units, we fell in love with the ancient ornate patterns. But not everyone was eager to experiment backwards. Gradually, we won them over with promises of sales and vanquishing the predominance of middlemen. Weavers often felt surprised that we cajoled them to weave the intricate motifs complaining that modern clients wouldn’t relate to the vocabulary of jaals and junglas. But we trudged on,” Aanchal explains.

“It’s sad that the next generation finds weaving too tedious and unrewarding. The irony is that our clients are pleasantly surprised that our creations resemble the sari their grandmothers wore. We are striving to bring back the glorious past and we tell our weavers to take pride in their heritage,” avers Akshita.
Every year the sisters (Aanchal is settled in Bengaluru and Akshita in Ambala) make numerous trips to Varanasi, Kota, Gujarat and Paithan to explore what’s hot in the hinterlands of weaves and textiles. They are fascinated by how the social demographics influence weaves and patterns.

For instance, just like how shikargah uses fine minakari to depict flora and fauna, a baluchori too uses exquisite weave bindings to depict mythological figures. Unlike weaves of Varanasi, the weaves of the South use human figures a lot.

What the sisters lack in technical education, they try to bolster through in-depth research. Armed with knowledge about the country’s history in woven fabrics that has been collated through various visits to museums and information websites (Aanchal’s recent trip to Barcelona was a revelation in the realm of historical textiles; they want to do something with Iranian weaves), the sisters are convincing dormant weavers from various craft districts of the country to get back in the trade that they left due to non-profitable returns and disbalanced market forces.

“We met a weaver called Lakshman who had shifted to another job because there were no takers for his designs. He showed us two saris that stupefied us with their workmanship. We have commissioned some saris to him that will surely be sell-outs. That is the premise of our explorations: To revive techniques and crafts and provide the artisans with a platform to reach the right consumer.

We have noticed that when it comes to luxury weaves, there are connoisseurs passionate about legacy. And, we give them the old look, the timeless one that invokes nostalgia in them,” trail off the siblings looking satisfied.

Now we are on Telegram too. Follow us for updates
TAGS
textiles Varanasi