In an attempt to connect with her own community in Kolkata, Abira Pathak, 27, is promoting lungis, with her brand Thatch. The apparel is not new, with men and women from several communities across India adopting the lungi in their own way. But Pathak is also doing her own thing.

As a child, Pathak always saw her grandfather wearing lungis and wanted to wear them. “It was never my grandmother’s saris that I gravitated towards. It was always the lungis he used to wear.”

She now lives in Mumbai, and for Thatch, sources fabric from Chennai and Kolkata. “The fabrics also come from Erode, especially our cottons. A lot of weaving clusters have been doing this for a very long time — both with handlooms and powerlooms,” says Pathak, who works with Odia artisans who specialise in Pattachitra, a traditional artform that involves geometrical, floral and tribal patterns. Kantha is another popular handicraft work from Bengal that she is integrating into lungis.

“The manufacturing is divided between Kolkata and  Chennai. And the idea is to work with Bangladeshi and Burmese weavers as well,” says Pathak, who has a day job with the singing app Smule, and has previously worked with Facebook. Here, she networked with several designers and realised that she loved working with different fabrics.

After much research, she put out three pieces on Instagram on May 10. Within 48 hours, they were all sold. She then uploaded another three and these sold out in five minutes. “In ten days, I sold ten lungis,” says an ecstatic Pathak.

When she started wearing them to work in Mumbai, she realised that the humble lungi was attached with a lot of misconceptions. Mainly of it being equated it to just South India, or a lower income group of people. “They just weren’t able to comprehend the lungi in an urban setting.” 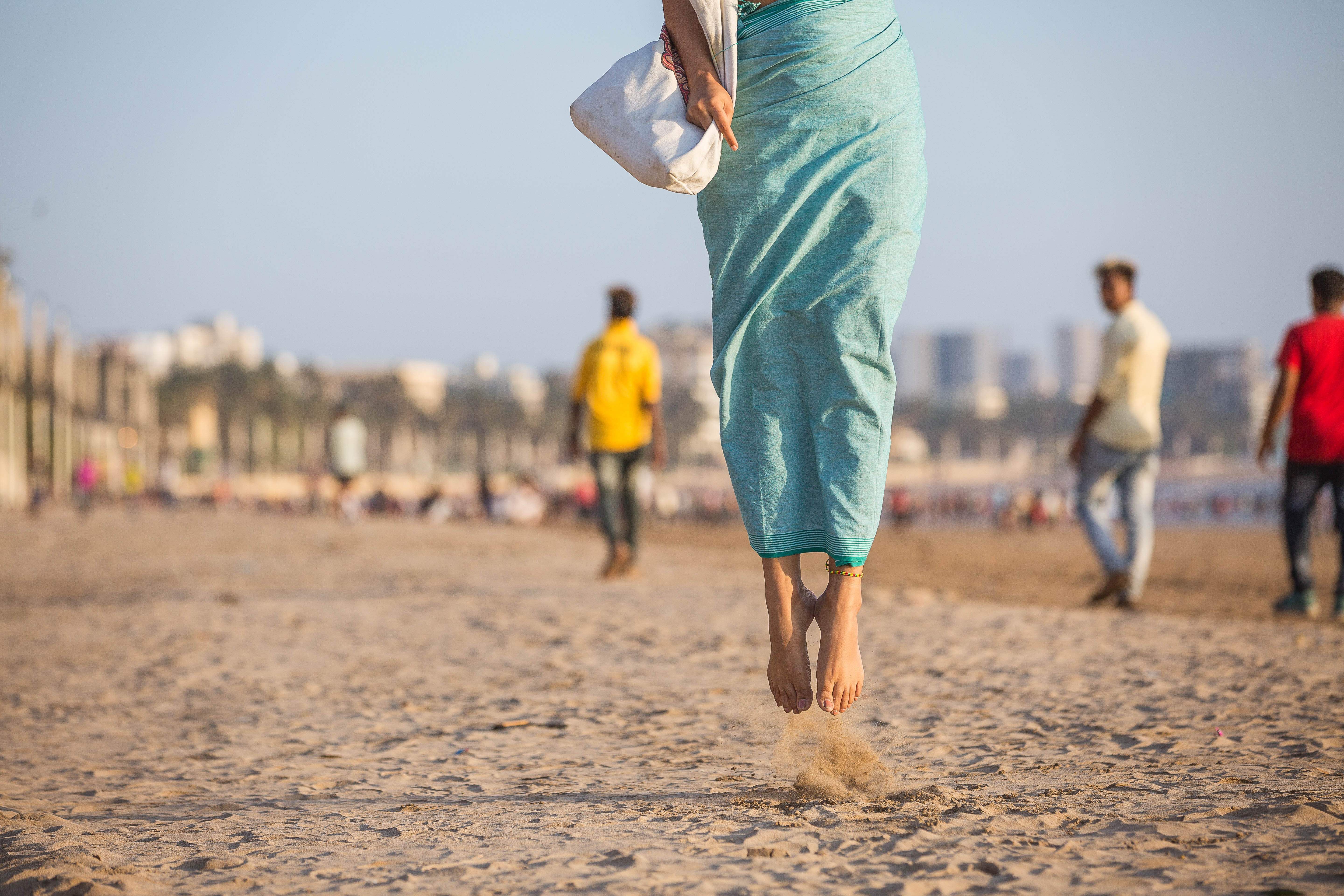 She’s geared to produce more lungis in Batik and in solid colours as these are doing really well. She has her eyes on a prized Egyptian cotton roll from Bengal, and Faneks from Manipur – a traditional attire for the women there, which has silk embroidered on the body. “I am also working on denim lungis!”

Now we are on Telegram too. Follow us for updates
TAGS
lungi fahion Abira Pathak Thatch