Goa-based chef and Pastry Queen of India  Eureka Aruajo gets set to showcase her culinary finesse in Italy in January.

Eureka Araujo used to love making a mess while baking with her mom in the kitchen. The Goa girl says her love for pastry stemmed from the home kitchen under the tutelage of her homebaker mother. “My transition from an amateur to a professional naturally sprung out of the cooking traditions in our family,” says the 26-year-old who recently clinched the ‘Pastry Queen India Prize 2017’ hosted by the Gurgaon-based Academy of Pastry Arts in September.

Eureka, who hails from the serene town of Ribander, has had a dynamic career. She studied at the Institute of Hotel Management, Goa; worked as a junior sous chef at the Umaid Bhawan Palace, Jodhpur. But in hindsight, joining the Academy of Pastry Arts in 2016 was a blessing in disguise. “My mentor Chef Zavher Chowdhury, who trained us at Taj, called us for masterclasses that were being conducted at the Academy by masterchefs from around the globe. Though it was expensive, it was the best decision I ever made,” she says.

Having mentored the Junior Pastry Team that competed at SIGEP’s Junior Pastry Championship in Italy in January, she had a strong inkling to bag the female pastry cup.  Eureka recalls the last two months before entering the competition as super intensive, much like taking up the gauntlet. “It involved tastings, creating flavour combinations, late nights and trials after trials for the India-level competition,” she explains.

In the two-day event, the five contestants had to prepare four  desserts as a rigorous test of dexterity in the art of making French deserts. “My Fallen Trone chocolate cake with the pressurised smoke of dry ice left everyone awestruck,” says Araujo, adding that “artistic show piece, proficiency, technique and ingenuity are all tested in creating masterpieces worth accolades.” 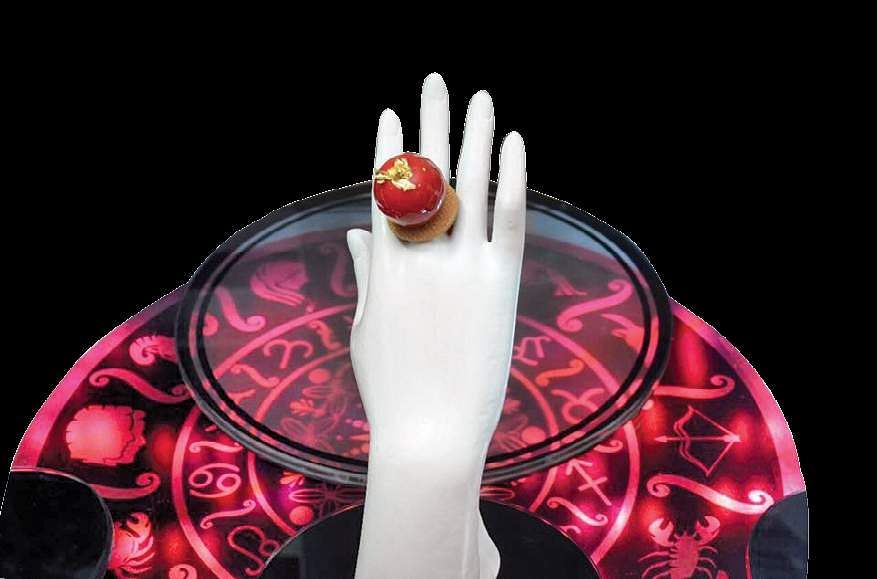 Wrestling with time in the presence of the best pastry chefs was the key challenge. “Right proportions of ingredients, serving the desserts on time with the correct weight, temperature, installation of desserts and following competition guidelines made me more efficient and meticulous in approach,” she adds.

Her fond childhood memories date back to the gleeful Goan Christmas eve with carols playing in the background and donuts, Bebinca, Marzipan, Jujubes being prepared in the company of friends and family. “This was the time when I learnt to prepare my most prized family dessert, Bath, a popular semolina cake eaten as a tradition in Goa during Christmas,” says Eureka, whose favourite food haunts are standalone bakeries like Theos and Bombakery in Gurgaon.

She believes mint is the most underutilised ingredient. “Mint is not just a garnish but can be used in ganache, compotes.” Her trusted sweet flavour combinations are orange. After having baked a non-allergic gluten-free chocolate cake, her latest fetish is to be adept at sugar art.

Following the pastry queen title, Eureka’s elation knows no bounds as she prepares to showcase her culinary competence at the Ladies World Pastry Championship to be held in Italy in January 2018.
“I will travel to Malaysia for a month-long training by the masterchefs from the Academy. But my return will entail a lot of research, planning, endless trials, late nights and no sleep,” she says. Eureka looks forward to sharing the stage with acclaimed  chefs, including Amaury Guichon, Cedric Grolet and Emmanuele Forcone.