Persia on Your Plate

Ever had rice-less biryani? Try this biryani or beryani from the authentic Persian menu curated by chef Anaida Parvaneh in SodaBottleOpenerWala at the month-long food promotion.

HYDERABAD: The glazed plates with Persian motifs reminiscent of Safavids hold delicacies from Iran and as you bite into the juicy chunks of Fasenjan with a spoonful of fragrant saffron rice topped with berries, the taste opens a bouquet of flavours in your mouth. You get the sweet and sour layers combined with the slightly bitter taste of walnuts. And it’s the magic of 20 pomegranates that lend the dish its sweet-tangy taste. Fruits, pepper and saffron are exclusively used in Persian or Iranian cuisine.

The staple that Persians largely consume is fine rice, but surprisingly the authentic Persian biryani doesn’t have a single grain of rice and yet it is the oldest dish of Persia with fire roasted minced mutton cooked in mild spices. It comes served on a hot naan giving the wrong expression of perhaps the oldest version of a pizza. Shares chef Anaida about the dish Esfahan Beryani, “Instead of biryani, it’s called beryani which means ‘roasted in fire’. 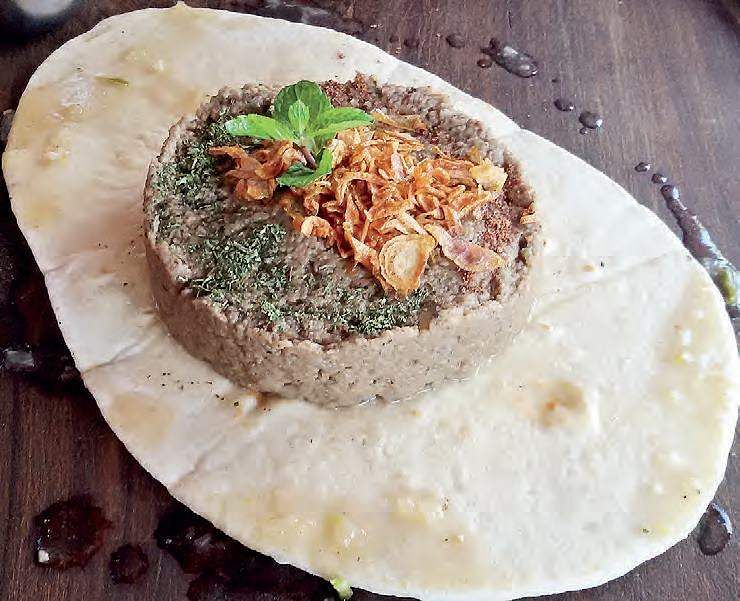 The anecdotes say that beryani travelled to the subcontinent with the Mughal emperors and changed its form with the addition of rice which may have happened while the soldiers moved from one place to another and to prepare a wholsesome meal for them rice might have been added.” It has become so popular now that its original form is almost forgotten. And the dish changes its flavours and texture according to the geographical location it is prepared in. Interestingly the spices added in the mutton of the beryani are just cinnamon, saffron and pepper. The addition of other spices in the dish must have happened due to the trade links between Persian region and parts of the subcontinent.

The whole presentation was a complete and nutritious meal in itself. Anaida, who has Persian-Greek and Indian ancestry shares further, “Also, Haleem is a popular breakfast item in Iran which is cooked slowly with very few spices.” Other than these dishes we recommend the singer-director-actor-chef’s Soop-E-Jadooi, a chicken soup at whose bottom you discover the treasure of pearl barley sprouts, turnips, mushrooms, carrots and corn. Cap the a la carte lunch/dinner with Persian halwa cooked with ghee and rose water.

Stay up to date on all the latest Food news with The New Indian Express App. Download now
TAGS
Persian