There’s undeniably a fresh change in the way fitness-conscious people pick their meals.

There’s undeniably a fresh change in the way fitness-conscious people pick their meals. As part of a study to understand reasons why sometimes people choose to stay away from their favourite foods, I realised why people opt for many new diet plans. A customer was cutting down normal food intake, he rapidly lost weight and argued that he felt very healthy thereafter. Apparently, he was following a low-calorie Newcastle diet to fight his health issues. There were more people with a similar shift to very scientifically planned eating habits. 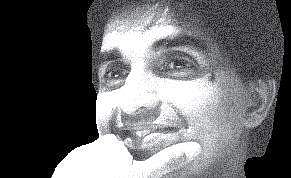 Veganism has been gaining more momentum lately, though it’s not that evident, there has been a steady growth in the rise of vegan followers. Suddenly, people seem to have realised the advantages of meals that are meat, dairy, and gluten-free, and now vegan dishes have started appearing on the cafe menus and supermarket shelves. Just like the status transformation of vegetarian coverts of the 1980s, it’s time for rich and famous people to talk about their new fascination. A new survey says there are more than 1.6 million vegans in the US and about 70 percent among them are young women, reasons being health, taste and humanitarian grounds.

There are several names in the list of celebrities opting for plant-based or vegan lifestyle, and the latest star to make news is tennis champion Novak Djokovic who announced his interest in this direction. After last year’s Wimbledon victory, Novak described how this new food habit helped his stunning career revival. Going a step further, he opened a vegan restaurant called Eqvita in Monte Carlo, with his wife Jelena. He says, “I stopped eating meat in 2016 and I have my reasons, I don’t want to go back to eating meat. Our restaurant and my dietary guide ‘Serve to Win’ may help many more people.”

Even though India has millions of vegetarians, it’s not considered as a country with a lot of vegan admirers. Instead, Japan and Israel top the list. Though Indian food in general has a lot of dairy ingredients, South Indian food has so much vegan varieties. The village home cooking offers incredible options for vegans. Rasa Gurukul chef Amlesh is a specialist in vegetarian food and says, “Kerala cooking is versatile. It is easy to make innovative vegan dishes like avial—a crunchy mix-veg curry cooked in a spicy coconut masala.”

Many people are considering healthier food options than ever before; it’s a good sign and food industry needs a resurgence from its over expansions. Sadly though, a recent survey revealed that newly changed eating habits don’t seem to stay too long with people. A lot of people surrender to pressure of life and some to the lack of healthy choices around. Chef Amlesh says, “Unless we adapt our menus to the demand of times, there will be less people eating our traditional dishes.”

Our research had a humble objective, which was only to discover why people stay away from their regular food, especially in cities. But we found out more as we asked people, the extremes of human confusion on facts that gets spread around food. There are dramatic changes happening in food world, thanks to the social media platforms. As industry’s best advocates, we only hope people think before they commit to new lifestyles, rather than fall in trouble later in life by following fake information or short-lived benefits.

The author runs the London-based Rasa chain of restaurants