Avii Ahuja is only 16 but is out with three apps to help the community.

When life gives you lemons, make lemonade. Faridabad resident Avii Ahuja, 16, followed this proverbial phrase to the T, and is now a tech-entrepreneur. Not only has Avii developed a unique mobile app for foodies, but he has also played a vital role in co-developing another two. One for the elderly and the other to help millennials save extra greens. 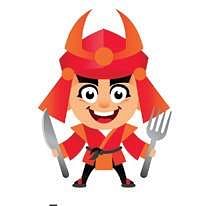 It all began when Ahuja was 11 and like all kids of his age, he wanted to watch as much TV as he could. This habit annoyed his parents to the point that they banned him from entering the TV room. But his urge to watch those programmes was so strong that he devised an alternative plan.

“I got to know about a device called Raspberry Pi and asked my father for it as a birthday gift. He didn’t know that it was a kind of small computer. I learnt a bit of python [programming language] and created a streaming platform, like a media centre, and connected it to my laptop, and started watching TV on it,” he chuckles at the memory.

Science and technology, and computers continued to fascinate Ahuja which made him to start learning various other programming languages. For this, he even enrolled at the National Institute of Information Technology and took up a number of online courses.

In January 2019, Avii launched foodsamurAI, a mobile app that recommends what one can eat after gauging a user’s tastes and preferences. The recommendations are accompanied by the dish’s recipe as well as restaurants that serve it. He admits it is his love for food that led him to create the app. “As a foodie, I want to try different dishes. But finding where these dishes are available was a big challenge. This app overcomes that.”

FoodsamurAI is available on Google Play and has been downloaded over 800 times till date. “The Instagram handle of foodsamurAI has over 2,000 followers,” he says, happily adding, “this means people like it.” And like a seasoned entrepreneur he reasons, “Creating an app is not everything, one needs to market it well.”

In May 2019, Ahuja cofounded Senior Saathi, a smartwatch that monitors vital parameters of the elderly. The smartwatch monitors heart rate, blood pressure and more. In case of an emergency, it initiates a warning phone call and an SMS to the mobile number the elderly person has registered on the app so that timely emergency medical help can be administered.

“This watch would be particularly helpful for senior citizens living in urban areas who stay alone through the day,” says Ahuja, revealing how this device that he developed with five others, won the TIE Young Entrepreneurs’ award for its technology and scalability.

Ahuja had participated in the eight-week programme for young high school students by the US-based TIE Young Entrepreneurs. The programme, held at IIT Delhi, taught him and other students the basics of entrepreneurship and then gave them three months to come up with business plans.

Two months ago, Ahuja co-founded ploutosmoney.com, a free Chrome extension tool that warns users, especially millennials, on how to save money.

“This one is especially for youngsters who indulge in impulse buying,” he says.“After the TIE journey, I applied for the four-month entrepreneurship programme called LaunchX, held at the University of Michigan, USA,” he says. Ploutos was developed by a group of four students – Ahuja developed the technology for it. The Ploutos pitch to the jury was then live-streamed by LaunchX and heralded as a useful, innovative product.

“The app shows a popup of your budget, your monthly savings, financial goals and the remaining amount needed to achieve that goal. The idea is to make you aware of your finances,” Ahuja signs off.

Stay up to date on all the latest Food news with The New Indian Express App. Download now
TAGS
Avii Ahuja FoodsamurAI