From trouble to table

While interviewing Harangad Singh, 30 going on 31, the young up-and-coming chef makes a historical comparison between the Covid-19 crisis and the final dissolution of the Mughal Empire.

“When the reign of Bahadur Shah Zafar, and other rulers, ended, all their royal cooks were out on the street. It was these cooks and their descendants that went on to open restaurants like Karim’s, Al-Jawahar, which are still running today,” says Singh, who had been heading the kitchens at Prankster, in Gurugram, before the pandemic struck. 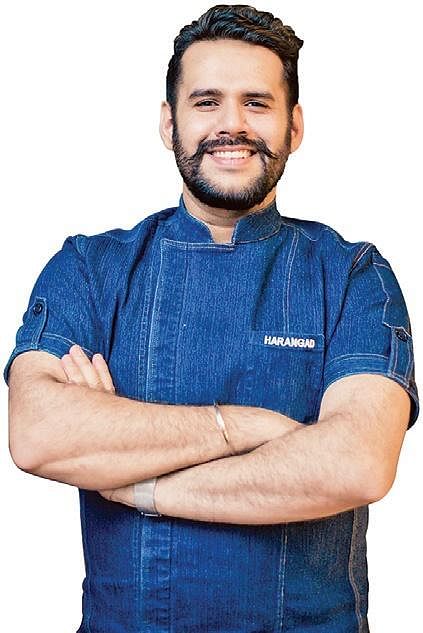 “I’d always been interested in the culinary field and it was while I was working at Hotel Park Plaza in Jaipur that I got the opportunity to work as a commis (line cook) at the Taj hotel,” recalls Singh.

His clear talent and determination paid off, and the aspiring chef got admission into the Taj Management Training Program (TMTP), the Taj hotel’s executive training program, considered among the best in the industry.

Singh specialised in Awadhi and middle-eastern cuisines, which served him in good stead when he graduated from the program and joined Terracotta, in Vivanta by Taj, Bengaluru, as the North Indian restaurant’s executive sous chef.

“After that I came to Delhi and headed the kitchens at Varq at the Taj Mahal hotel, before going on to work in Dubai. When I came back, I began work with Prankster, and was there till the lockdown and subsequent closure,” says Singh. Taking hope and inspiration from the travails of the erstwhile royal cooks mentioned above, Singh then decided to launch Patra, a premium catering service, which will begin operations on September 20, but has already drummed up plenty of interest on social media, thanks to Singh’s days at Prankster and other notable Delhi establishments.

Singh spent three months researching Patra’s initial menus, with plans to expand them as the business does. Apart from picking up life lessons from the plight of the royal chefs of yore, Singh snagged himself some recipes as well as cooks from the royal kitchens of Bhopal for his company. “I got some of the Begum’s recipes, which were wonderful, and honestly there are so many others,” says Singh. The name, Patra, refers to the bowl and or other containers in which various foods, especially dough and batter, is prepared, is a metaphor for the various foods in India, and how they individually come together, bit by bit. Singh has his base kitchen for the business in Gurugram, however, “Once this pandemic is over, I am definitely expanding the catering company into a sit-down restaurant where people can come to enjoy the whole dining experience.”