In the current study, published in the journal Science, the scientists designed a new version of this protein which can be produced up to 10 times more in cells.

HOUSTON : Scientists have redesigned a key protein from the novel coronavirus which it uses to enter and infect human cells, an innovation that may lead to much faster and more stable production of vaccines against Covid-19. 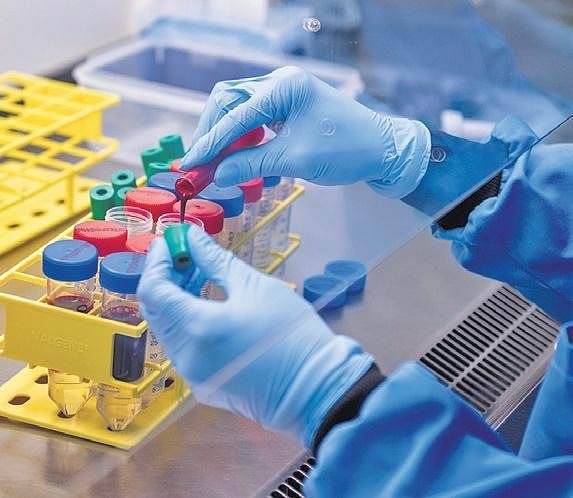 According to the researchers, including those from the University of Texas at Austin, most Covid-19 vaccine candidates train the human immune system to recognise a key protein on the surface of the novel coronavirus SARS-CoV-2 called the spike (S) protein to fight infection.

In the current study, published in the journal Science, the scientists designed a new version of this protein which can be produced up to 10 times more in cells than that of an earlier synthetic S protein already in use in multiple Covid-19 vaccines.

“Depending on the type of vaccine, this improved version of the protein could reduce the size of each dose or speed up vaccine production,” said study senior author Jason McLellan from the University of Texas at Austin. “Either way, it could mean more patients have access to vaccines faster,” McLellan said.

The new protein, dubbed HexaPro, is also more stable than the team’s earlier version of the S protein, which according to the scientists should make it easier to store and transport. They said the new S protein also keeps its shape under heat stress, during storage at room temperature, and through multiple freeze-thaws — qualities that are desirable in a robust vaccine.

In the study, the researchers first identified 100 different modifications to the S protein that they believed might lead to a more stable, and a more highly expressed version. They then created 100 different versions of the protein by inserting the genetic blueprints for each version into a different culture of human cells.  Of the 100 versions, the scientists said 26 were more stable or had higher production in cells, of which they took four beneficial modifications, plus two from their original stabilised S protein, and combined them to create HexaPro.

When they inserted the genetic blueprints for this version of the S protein into a human cell culture, the cells produced 10 times as much protein than that of their original protein, the study noted. According to the study, HexaPro can be used in Covid-19 antibody tests where it would act as a probe to identify the presence of antibodies in a patient’s blood, indicating whether one has previously been infected with the virus.

From a production point of view, they said “the new innovation could mean accelerating access to lifesaving vaccines.” “High-yield production of a stabilised prefusion spike protein will accelerate the development of vaccines and serological diagnostics for SARS-CoV-2,” the scientists wrote in the study.

Now we are on Telegram too. Follow us for updates
TAGS
COVID-19 Coronavirus SARS-CoV-2 University of Texas