Discover your own path

We are all descendants of our gotra rishis. In the ancient times, rishis gathered in a group satsangh.
The rishis were dynamic and yet of soft temperament. Periodically, they assembled to discuss various techniques, experiences, and inferences of their experiments to attain the highest truth. Their experiments started with directing feelings of bhakti, faith and love towards a stone at a common place. In each satsangh, they felt waves of spandana—divine vibrations cleansing their mind and rejuvenating them. This was the common experience of all the rishis. 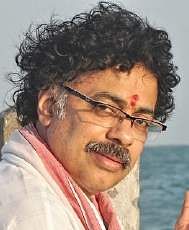 This ultimately led them to conclude that offering sattvic prayers by directing soft feelings towards an object with reverence generates inner purity.
They felt waves and waves of peace and contentment. This inspired towards further exploration. The series of experiences through satsanghs led them to sustained peace, which automatically transported them to a tranquil meditative state. So, they started their journey with directing divine feelings to a form and now their faith and belief consolidated in a manner that they were able to experience similarly even without the help of a form. 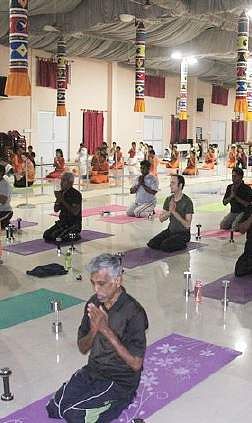 The universal consciousness merged with their own consciousness, which automatically guided them to meditation. In meditation, they were able to visualise various manifestations of the universal consciousness. They started becoming intuitive. Through intuition, they received guidance in all aspects of life. That is how the traditions were formed, the society of human beings backed by ethics, dharma or principles were formed known as shastras. With consistent practice of meditation, they heard mantra-shruthi. They recorded all that they heard in writing, which  became smriti-vedas.
They gave purity of the mind equal importance as physical purity. The meditators, however, did not ignore the worship of the form. They were empowered to crystalise the visions of various manifestations of universal consciousness. They sculpted the stones they were worshipping into defined forms of divinity. This form of worship continues even today as idol worship or murti pooja through Agama shastras.
They found group worship in a common place to be highly effective in generating waves of concentrated spandan—divine vibrations. That is how temples came into being. Knowing the machinations of the human mind, the rishis advised the common man to start their journey of self-discovery with prayer to a form, interspersed with feelings and mantras, and then gradually evolve to merging their consciousness with supreme consciousness through meditation.
The journey of self-discovery that started with our ancestors is continuing even today.
No technique is superior or inferior to another. They are all prompts received from the universal consciousness to the rishis, enlightened beings and meditators. A seeker should have the open mindedness and discernment to choose his own path to tap the power of the universe—vishwa.
ashram-india@shrinimishamba.org