Your actions determine your future

Here we go round the mulberry bush on a cold and frosty morning. The nursery rhyme goes this way as children run round and round in a circle.

Here we go round the mulberry bush on a cold and frosty morning. The nursery rhyme goes this way as children run round and round in a circle.

Our life and death is one such circle, says Bhagavan Adi Shankaracharya in the most famous verse of the Bhaja Govindam rendered immortal by the renowned singer the late Dr M S Subbulakshmi.

The verse goes like this—Punarapi Jananam Punarapi Maranam Punarapi Janani Jatare Shayanam| Iha Samsare Bahudustare Kripaya Pare Pahi Murare|| Again there is birth and again there is death. Again am I born in the mother’s womb. This ocean of constant change is indeed very difficult to swim across. O killer of the arrogant demon called Mura, protect me with compassion. This is the prayer of the seeker. 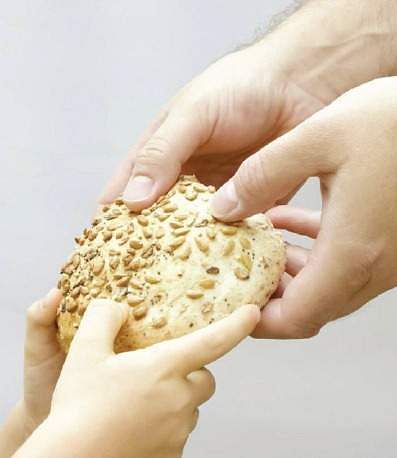 To see the logic behind this verse is an interesting excursion. At the outset, there may seem no logic.

However, the Bhagavad Gita throws great light on this subject of rebirth and its cause. Ignorance of who in reality I am is the cause for desire.

Desires lead to likes and dislikes. In life, we run towards what we like and run away from what we detest. Both ways—towards and away from—a gravitational pull of energy is established. The pull is either towards an object that is imagined to give us joy. The current is also against an object that exists, which we imagine to give us sorrow.

Both ways, the pull is only a figment of the mind’s imagination and is not true. Without realising that we are chasing imaginary butterflies of happiness, a lifetime comes to an end. The seeds of desire are still very strong, even though the body has dropped off. And so the delusion begins with another body to fulfil those desires.

While now we may be in a human birth, the bodies that we get is almost like going to a boutique and choosing the clothes we like. If the movement of energy in this lifetime that one creates as a thief is snatching from others, the natural tendency the mind would have is to pick up a monkey body and be born a monkey.

Depending on the other aspirations of the person, it could be a monkey on a temple mountain path that goes straight to the idol with all authority and snatch the garland away or it could be a wayside monkey that zealously watches what people carry to snatch the fruit or bag away.

To fulfil the desire of snatching something, a human body is not required. A monkey body is enough. That is the reason why the Dharma Shastras make so much emphasis on a disciplined lifestyle of controlled emotions, actions and thoughts.

This cycle is indeed difficult to come out of and hence the only way is to surrender to a higher power and force that has the ability to pull our thought either to the core or throw it out of the orbit of birth and death.