Take the plunge to experience reality

Yog is the experience of reality, and this experience has to be your own experience. No amount of reading, listening to lectures or attending courses can give you that experience.

Here the role of Guru becomes important. Guru is someone who has walked the path and so knows the sceneries, the pitfalls, speed breakers and accelerations that will come your way as you walk. And he/she guides and warns you accordingly. You know you are walking the path, as you intercept those experiences (or sceneries) en-route. 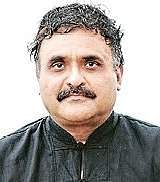 Isha Upanishad narrates the story of a salt doll in this regard. I will take the liberty of expressing it in a language that is relatable for a modern reader.Once there was a salt doll who lived in a jungle. One day she met an ascetic. He asked her why she was living in the jungle; she should look for something vaster. The doll told the ascetic she was happy where she was, and that the jungle was everything to her. The ascetic smiled and said, ‘till how long’ and went away. A few years went by, the doll weathered a little, some salt was lost. The ascetic returned, and asked what she was still doing in the jungle; her body was ageing fast.

The doll said she was just fine, a little weathering is nothing and she was happy in jungle and didn’t wish to go anywhere. Many years passed and the ascetic returned once again. By now the doll had lost much salt, her body was frail, she could barely walk or see or experience the jungle. The ascetic asked her if she was happy still or if she would like to search for something more fulfilling.

The doll said she would like to search. But then, her body was weak. The ascetic then carried her on his back. She saw the various sceneries he had described as they went. The ascetic dropped her at the ocean shore. She saw the limitless expanse of blue and asked him what it was. The ascetic told her that to know what it is she has to jump in the ocean.

The doll jumped in… and as she did, there was dissolution, she became the ocean, with its limitless expanse and unfathomable depth. The doll had the experience of reality; the ascetic was her guru. Had she sat on the ocean shore and listened to lectures on what ocean is, or interpreted with her five senses what it might be like, she would have remained on the shore. In a matter of time, her body would have disintegrated and the experience would have evaded her. Disintegration would result in a lower form, dissolution, a higher.

You are like that salt doll, to experience reality and the bliss that comes with, take the plunge. You need to come out of your comfort zone and leave things, which as it is will leave you one day, as all that you have including your body is temporary and fast fading away. In which lifetime you take the plunge is the question... the plunge is a certainty or there is disintegration into lower forms of life. So take the plunge now.

The writer is the spiritual head of Dhyan Foundation.
www.dhyanfoundation.com