The secret wisdom of wellbeing

Modern medicine is no more the holy grail of cure or care. Prescription drugs have failed to get to the root cause of various diseases and health conditions. Antibiotic resistance has emerged as one of the biggest threats to global health, food security, and development today, according to the World Health Organisation. As a result, the focus shifts to holistic healthcare or rare healing traditions such as esoteric healing. It consists of the systems of beliefs, practices, and teachings on health, healing, and medicine that are associated with ancient, hidden, initiatory, and/or extant but nonmainstream spiritual paths and metaphysical traditions that preserve secret wisdom on transcendental themes.

Epidemiologist and scholar Jeff Levin stresses that healthcare providers will benefit from a basic level of familiarity with eight major esoteric traditions— especially of the new age variety. These have been increasingly adopted by a growing segment of the healthcare-consuming public, especially related to diagnosis and treatment, Levin claims in his research. Many concepts derived from esoteric traditions are also interwoven with complementary and alternative medicine. 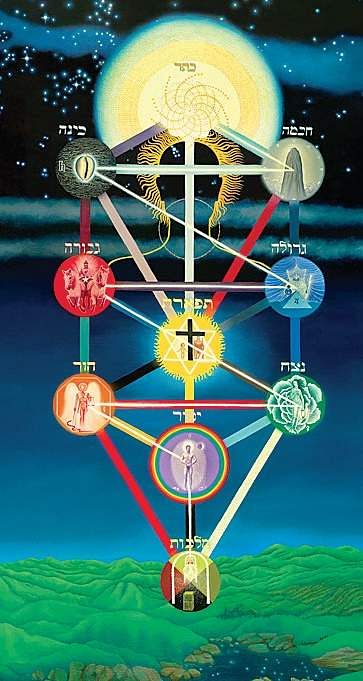 The Kabbalistic Tradition
The kabbalistic tradition comprises key literary works such as the Zohar, an esoteric commentary on the Hebrew Bible, and the Sefer Y’tzirah, a discourse on metaphysical and numerological features of creation, energy, matter, and higher consciousness, and other works by medieval Jewish mystics. Kabbalah encompasses two main branches. Speculative or theoretical kabbalah is concerned with the nature of God, man, and the universe. Practical kabbalah emphasises spiritual practices such as meditation as means of mystical union with God.

The Mystery School Tradition
In the few centuries preceding the Common Era, secret cults of initiation flowered in the Greco-Roman world, including Egypt and much of Asia Minor. These societies, led by hierophants, offered graded instruction in the divine mysteries that governed both cosmogony—the creation and origins of the universe—and the spiritual evolution and self-actualisation of individual seekers. Among the most celebrated schools were those preserving and ceremonialising the Eleusinian, Orphic, and Dionysian mysteries with communal activities, rites, and festivals.

The Gnostic Tradition
In 1945, the discovery of about a dozen Coptic codices in Nag Hammâdi, Egypt, provided access to the beliefs and practices of various groups of early Christians whose heterodox views about God, Jesus, and the nature of the world and of human beings set them apart from the hegemonic Roman church. Like the Essenes, a minor branch of Judaism, the Gnostics, a name much later given to a class of Christian heresies, were typically monastic and ascetic, they were contemplative, and affirmed the possibility of mystical insight into man’s higher nature and the nature of God and creation, a gnosis that the early church fathers could not tolerate.

The Brotherhoods Tradition
The brotherhoods were, and are, graded initiatory orders, preserving, according to their myths of origin, ancient mysteriosophy—arcane systems of knowledge, much of which pertains to the healing arts. Brotherhood teachings have emphasised concepts of perfection and balance, attainable through measured progress. The Rosicrucians’ ‘harmonium’ and the Martinists’ ‘reintegration’ exemplify the centrality of equilibrium and wholism within this world view. The alchemical search for the mythic philosopher’s stone, said to transmute base metals into gold, was really a quest for enlightenment and immortality through purification of the physical, mental, emotional, and spiritual vehicles and concomitant life energies.

The Western Mystical Tradition
Theosophy and neopaganism constitute two major branches of Western esotericism outside of the brotherhoods, and much of what has followed has evolved either from Theosophy or from a hybrid of both branches combined with gnostic and/or masonic elements. Esoteric groups in the West exhibit, by degrees, greater Christocentricity, such as among the Anthroposophists, and in some respects are simultaneously more sympathetic to pagan features of cosmogony, anthropogeny, and theories of the human manipulability of matter and consciousness.

The Shamanic Tradition
The shaman was/is a kind of high priest physician of the primordial ur-religions dating to prehistory and extant throughout parts of North America, South America, Africa, Asia, and Polynesia. Shamanic traditions are typically characterised by degrees of animism, spiritism, polytheism, wholism, and specialised role fillers who access and provide access to the imaginal, or unseen, realms. The shaman regulates and officiates ritual acts that cohere communities of people through normative understandings of space, time, life purpose—and disease etiology—and provides entrée to states of consciousness from which an identified “patient” may return healed or otherwise restored.

The Eastern Mystical Tradition
The Indian subcontinent in the first millennium of the Common Era was an especially fertile region for theoretical speculation and practical application. In his Yoga-Sutras, the sage Patañjali devoted an entire section to the development of siddhis, or supernormal powers attainable through advanced meditative practices. The efficacy of these techniques has been validated. The Sankhya philosophy spawned Ayurveda, which has an esoteric counterpart in the many existing theories and techniques of pranic and bioenergetic healing. Moreover, Buddhism has an ancient tradition of canonical and noncanonical writing on matters related both to wellness and illness and to caring and curing. Detailed instruction exists on health, healing, and medicine throughout the Pali, Chinese and Tibetan Buddhist canons.

The New Age Tradition
New age healing is a kind of polyglot, drawing elements from every one of the other esoteric traditions, removed from their native contexts, into a chaotic stew, updated and popularised and, some would say, trivialised, for the masses. Qualitative studies have tried to taxonomise the landscape of new age healing. The earliest scholarly study of the phenomenon, published in 1986, differentiated body-oriented therapies for mental or physical self-betterment, mental therapies based on esoteric teachings, and mostly Eastern and ritualistic contemplative practices for soul development. A subsequent ethnographic study distinguished among Asian-based therapies, synthetic Ayurvedic practices, Euro-American naturalistic medical systems, and healing with mind and spirit.