Devi Holds the Key to Blessings

The Devi Bhagavatam concludes with the goddess herself narrating the power of chanting, studying or listening to the stories of the Bhagavatam.

The Devi Bhagavatam concludes with the goddess herself narrating the power of chanting, studying or listening to the stories of the Bhagavatam. A person who listens to the story with devotion, attention and faith will not be tormented by thieves, kings, weapons or fire. The study of the glory of the Devi will keep at bay dangerous and fatal diseases.

At times of great events such as fire rituals and sacrifices, the Devi Mahatmyam should be chanted and listened to. Besides being freed from all obstacles, the person who reads this will be fearless too. To those who just listen to the Devi Mahatmyam, their enemies will vanish, their life will be surrounded by auspiciousness and the whole lineage of that person will experience joy and blessedness. 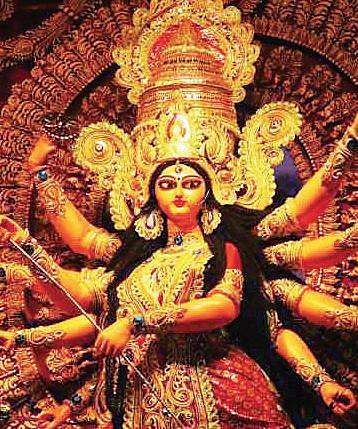 The Devi Mahatmyam is also an antidote for many evil dreams and occasions where small children are tormented with malicious visions that disturb their sleep. People who fight with each other will unite in the presence of the recitation of the Srimad Devi Bhagavatam. Unbelievable difficult jail terms or detentions will be cleared by listening to it.

How? It does not come within the framework of science and logic, you may ask. The answer lies in the subtle process that happens when one listens to this magnificent story. When the person listens to the Devi Bhagavatam, it is often with great attention and love.

When the speaker intones in a very loud, high and emphatic voice about the powers of the Devi, the listener’s energies too rise high to hit the brain and consequently the understanding. This rise in energy within paves the way for right understanding. When the light of right understanding is cast on every thought which is born through or perception of events through our sense organs and through every experience we have, there is nothing that remains hidden. It passes through like the rays of light that cast its eyes on dark space and reveal the objects.

While the king and the trader who listened to the story of the Devi Bhagavatam sought boons of invincibility in war and getting rid of the thoughts of I and mine, respectively they also created an image of Devi with mud and worshipped her. Devi appeared in their presence and blessed the king  saying that after his death, he would become the king of the whole period of Manu called Savarni.

The Goddess is not somewhere outside. When we listen to her glory and story, there is a fire of understanding that arises in our feelings and that is the one who blesses us with all prosperity, health, happiness and wisdom.