A tale of two cities: Budapest

I have had the most wonderful time in Budapest and it is still one of my favourite cities in the world.

HYDERABAD: I have had the most wonderful time in Budapest and it is still one of my favourite cities in the world. Let me tell you how to get the maximum out of your stay there, be it long or short. While travelling in Europe, opting for a walking tour is the most sensible thing to do: for here, you get to know the maximum in the minimum time possible. Later, it is up to you to explore further. A walking tour with a guide is often an introduction to the place.

Budapest is a walking city. The walking tours are intended to give you a sense of the vibrancy that radiates from the city’s history. Many of the city’s top attractions such as the Buda Palace, Parliament, the National Gallery, and the National Museum are included on these tours, and dozens of minor sites: vintage pharmacies and quiet courtyards, market halls and medieval walls are included as well. 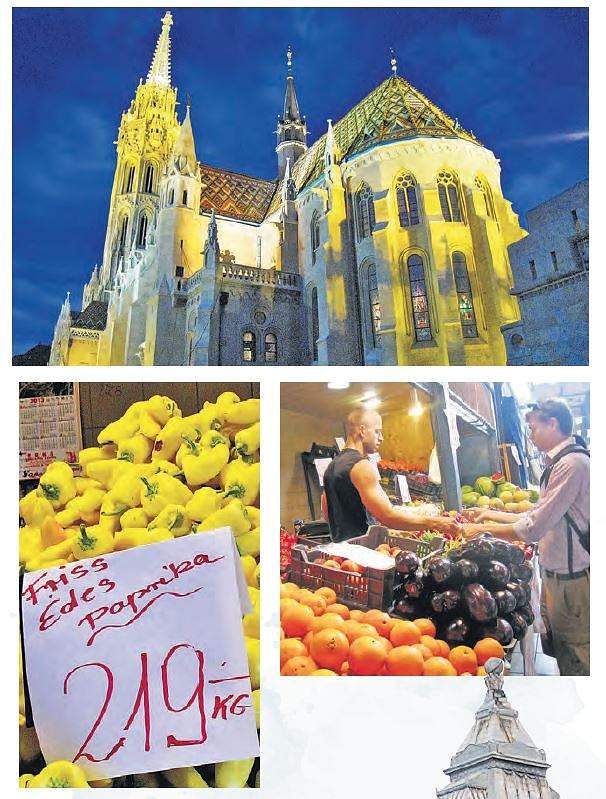 When have you ever heard of a crowned monarch riding a subway? The subway tour will follow the historic metro line of the Millennium metro, where more than 110 years ago, the Austrian emperor and Hungarian king Ferenc Józef (Franz Josef) boarded the first subway in continental Europe. At the time, London was the only city in Europe to have a subway. The white and burgundy tiles, the cast-iron pillars, and the wooden accessories create a distinctive atmosphere that is still maintained today. After Franz Josef completed the first ride, he agreed to allow it to be named after him.

With each reconstruction, the prevailing style shifted from Gothic to baroque to Renaissance. Castle Hill, a UNESCO World Cultural Heritage site, consists of two parts: the Royal Palace (no longer a castle), and the associated Castle District, which is now a mostly reconstructed city reflecting a former time in history. The Royal Palace is home to a number of museums, including the Hungarian National Gallery and the Budapest Museum.

The National Archives, the equivalent to the Hungarian Library of Congress, is an attached building in the back. The rest of the Castle District is a small tapered neighbourhood with cobblestone streets and twisting alleys; with the exception of buses, most traffic is prohibited, making the streets pedestrian-friendly, enhancing the tranquillity and the old-world feel. Prime examples of every type of Hungarian architecture, from early Gothic to neo-Romanesque, can be seen. A leisurely walk in the Castle District will be a historical and memorable experience. When you see SZ on a sign followed by Roman numerals, it is indicating the century of the building. HELYÉN gives the name of the building that was on this site prior to the current building.

Officially called the Church of Our Lady, this symbol of the Castle District is universally known as Matthias Church because the Renaissance monarch, Matthias Corvinus, one of Hungary’s most revered kings, was the major donor of the church and was married twice inside it. There’s an ecclesiastical art collection on the second floor. Most people never notice the stairs and miss out. King Béla and his queen are buried here and you can see their tombs through the wrought-iron gates on the left side of the church. The church has frequent concerts.

Many protests have been held in front of the building including the uprising in October 2006, when tapes were leaked that the prime minister had lied to the public about the state of the economy. Unfortunately, you can enter only on guided tours (the 3/4-hour tour is worthwhile for the chance to go inside). It is a magnificent building inside as well as outside, being one of the largest Parliament buildings in the world. Minor protests still occur in front sometimes disrupting the tour schedule.

Shoes on the Danube Bank

Go down the stairs behind the back of Parliament, and dodge the traffic on the busy two-lane road to the river embankment. Walk to your left toward the Chain Bridge. You will see dark bronzed shoes of various sizes and styles lined up along the river. This is a respectful remembrance of the Jews who were lined up along the river and shot by the Germans, during the last days of the Holocaust. The Germans knew they did not have the time or access to continue sending train cars to detention camps.

It is a restored neogothic hall for traders with grocery produce on the ground and souvenirs on the first floor. When in the market, there is a lángos stand in the side corner. Treat yourself to a Hungarian favourite snack, but don’t be tempted to spoil it by getting the tourist variety like Mexican or Italian. Get the real thing with cheese, sour cream, and garlic juice. In this market, you will find fresh fruits, vegetables, and an assortment of spices. The bakery has some excellent selections of unusual and delicious varieties of bread….take a snack break here to regain energy. The sight seeing can wait.
(The author is a documentary filmmaker and travel writer; she blogs at  ijayaprataptravelandbeyond.com)

Stay up to date on all the latest Travel news with The New Indian Express App. Download now